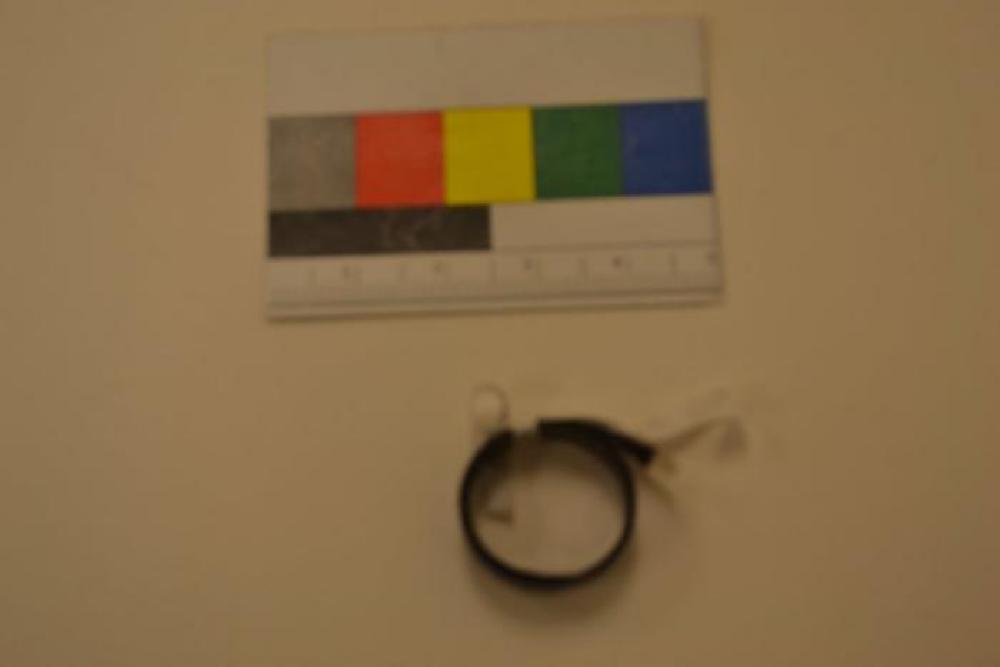 16mm film strip of planes landing and taking off. The strip begins with a plane landing. The strip has been tied into aloop by a ribbon leaving a strong kink in the film. A piece of tape is stuck to the exterior end of the film strip.