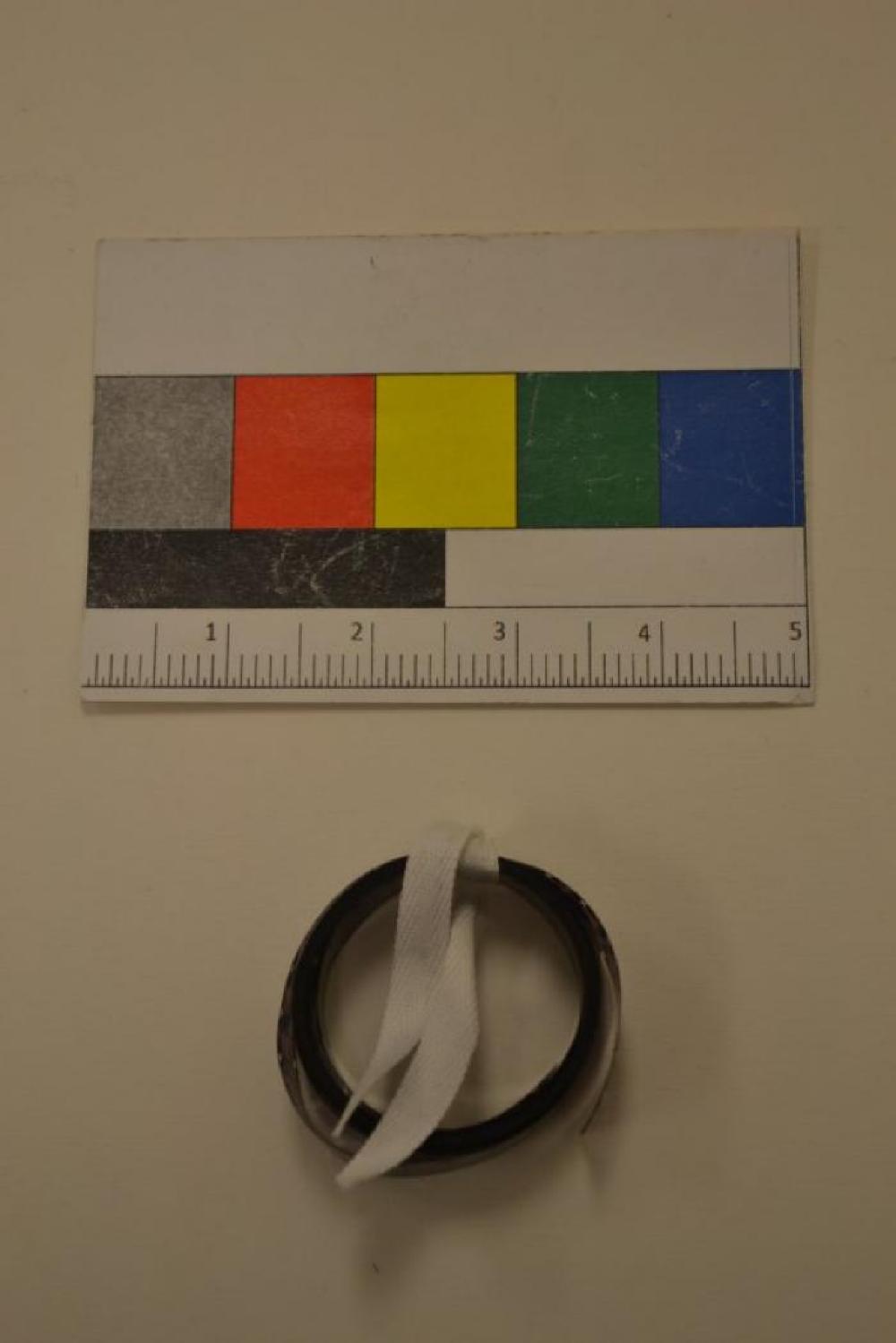 16mm film strip of houses. The shot is of a group of white houses against the bright blue sky. Stylistically they appear to be from somewhere in Greece. The film has been tied in a loop by a bow. This has left a strong kink in the film.