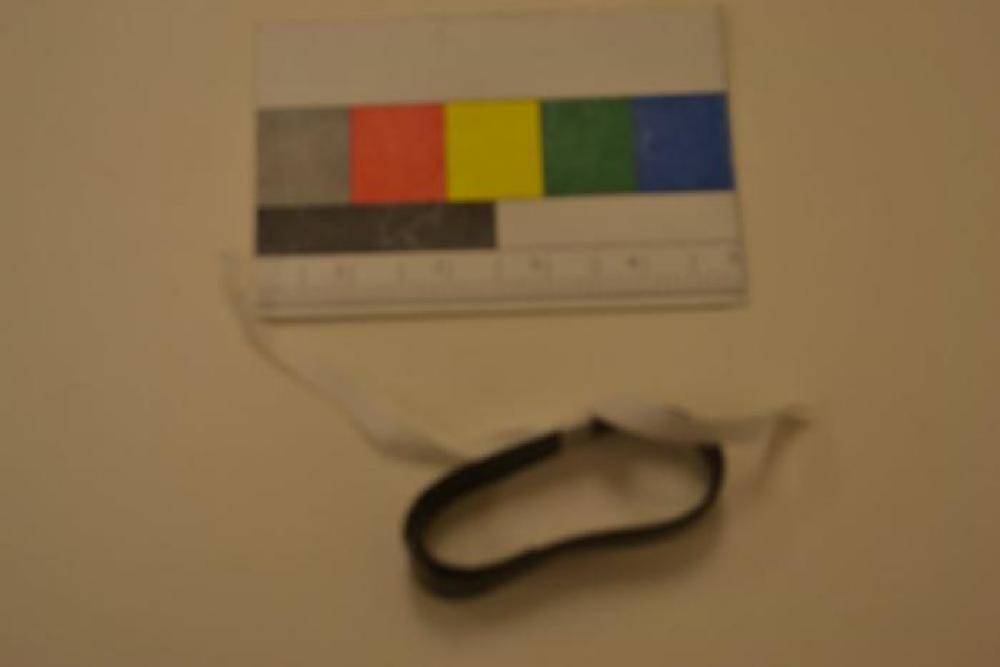 16mm film strip of the view from a boat. The scene appears to be chanign from a town view to a nature view from a boat as it moves along a a river. The strip has been tied into a loop by a ribbon leaving a strong kink in the film.