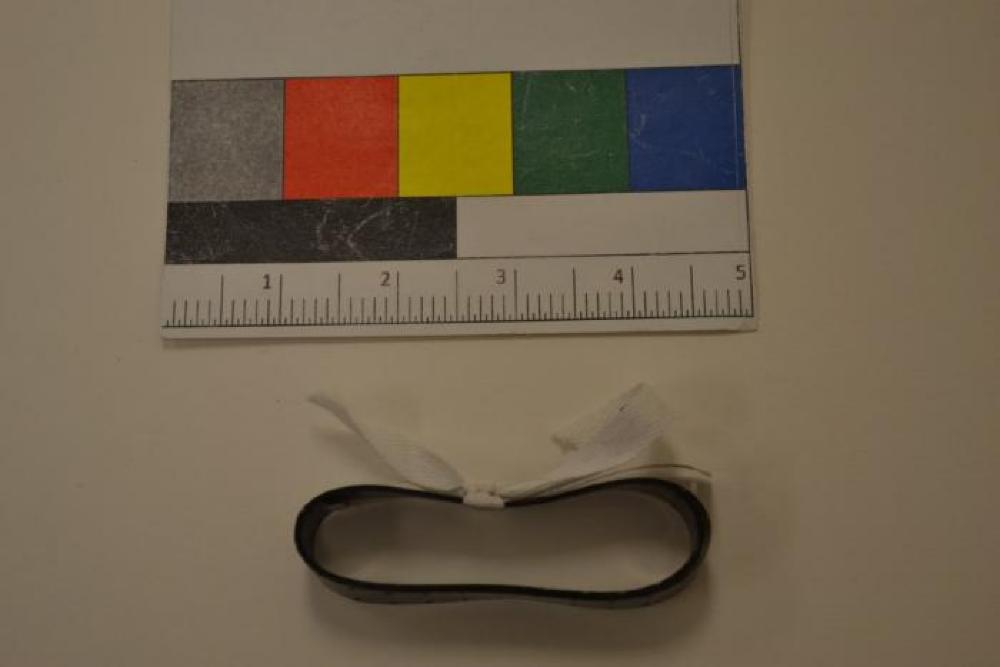 16mm film strip of the sun setting/rising over water. A boat floats through the shot into the center. The strip has been tied into a loop with a ribbon leaving a strong kink in the film. There are a couple of spots of residue on the interior and exterior sides of the loop.