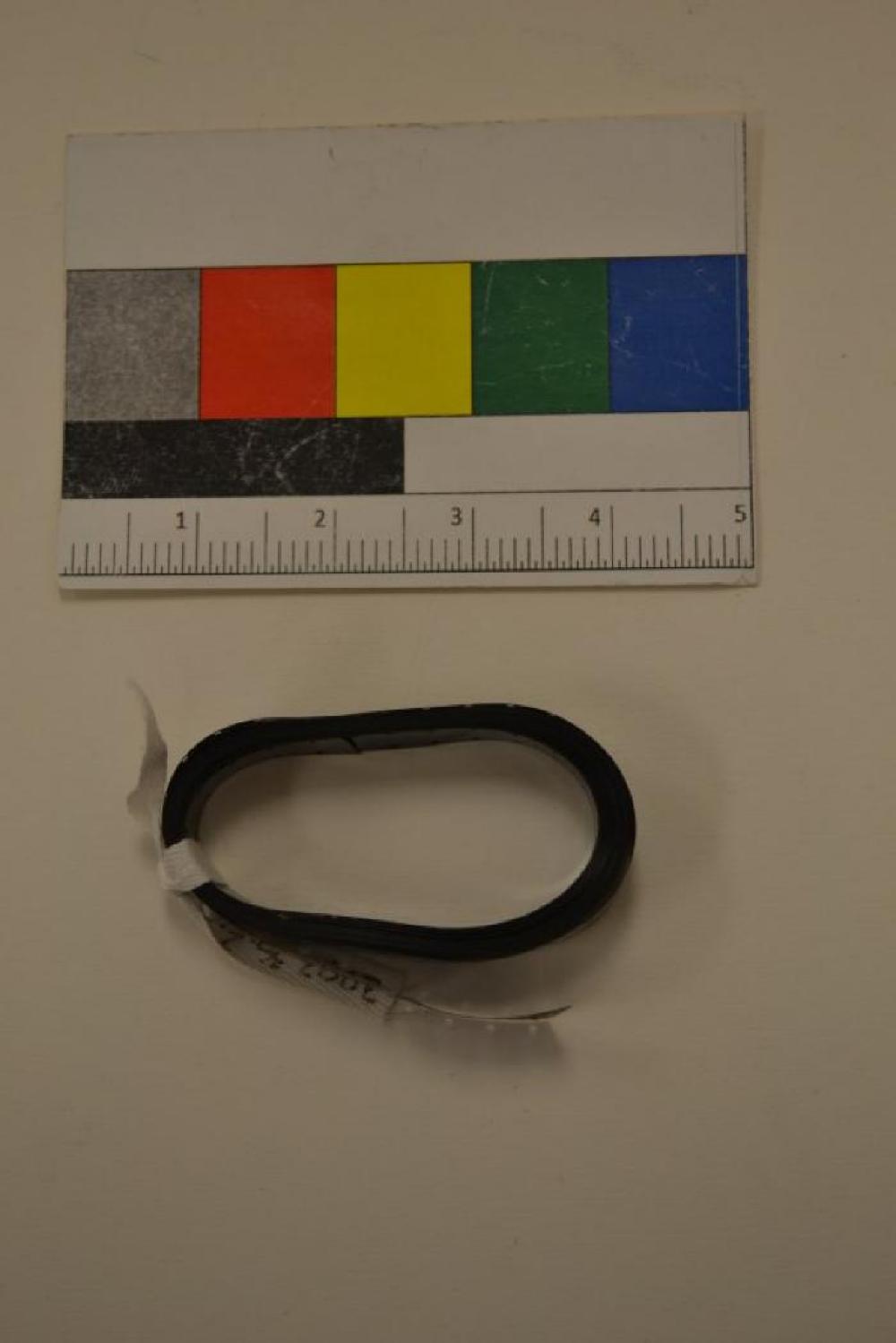 16mm film strip of an unidentified body of water. It appears to be a lake shot from some distance so that foliage is in the forground and in the distance behind the water. There are hills or mountains in the distance. The stip has been looped and tied together with a bow that has left a lasting kink. There is yellow residue in a couple of places on the film strip that obstruct the image.