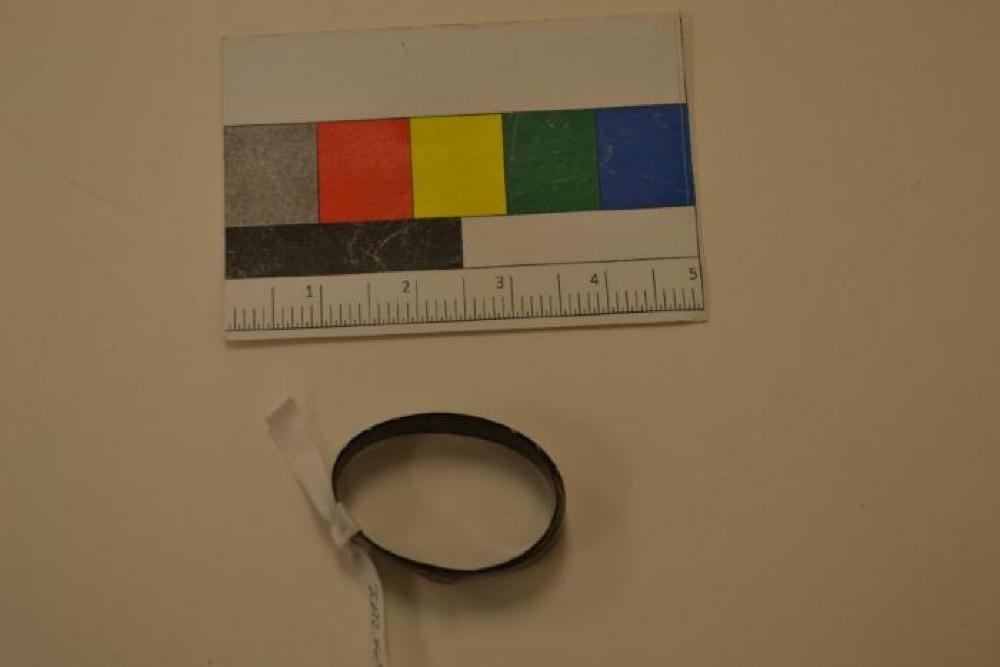 16mm film strip of a city shot from a high balcony. The shot includes buildings and a highway. The strip has been tied into a loop by a ribbon that has left a kink in the film.