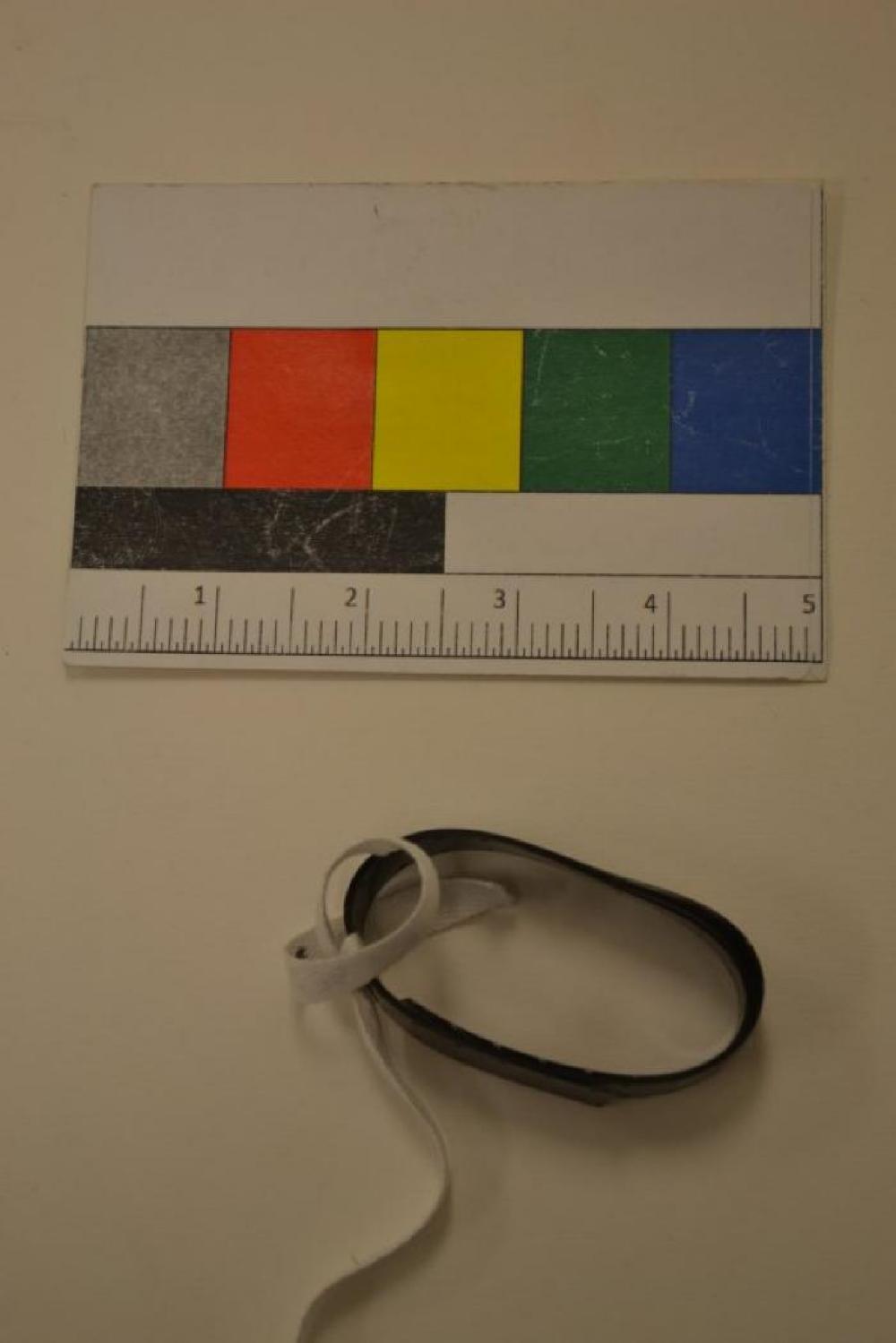 16mm film strip of a landscape. Thre is an old tower (perhaps mideival architechture) with a body of water visible behind it and a town on the far bank. The film strip has been looped and tied with a bow leaving a kink in the film. There are a couple of spots of yellow residue on the strip.