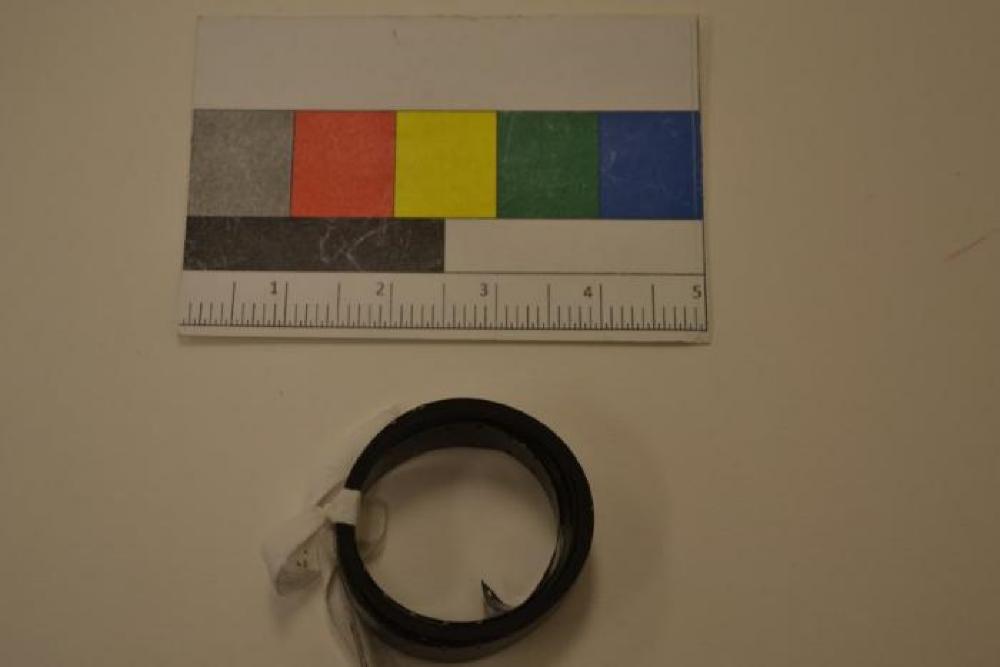 16mm film strip of a landscape. The picture changes from a rocky ground to a coastline. The film is shot from a high vantage point. The strip has been tied into a loop by a ribbon leaving a strong kink in the film. There is some clear but sticky residue at a couple of places on the exterior of the strip.