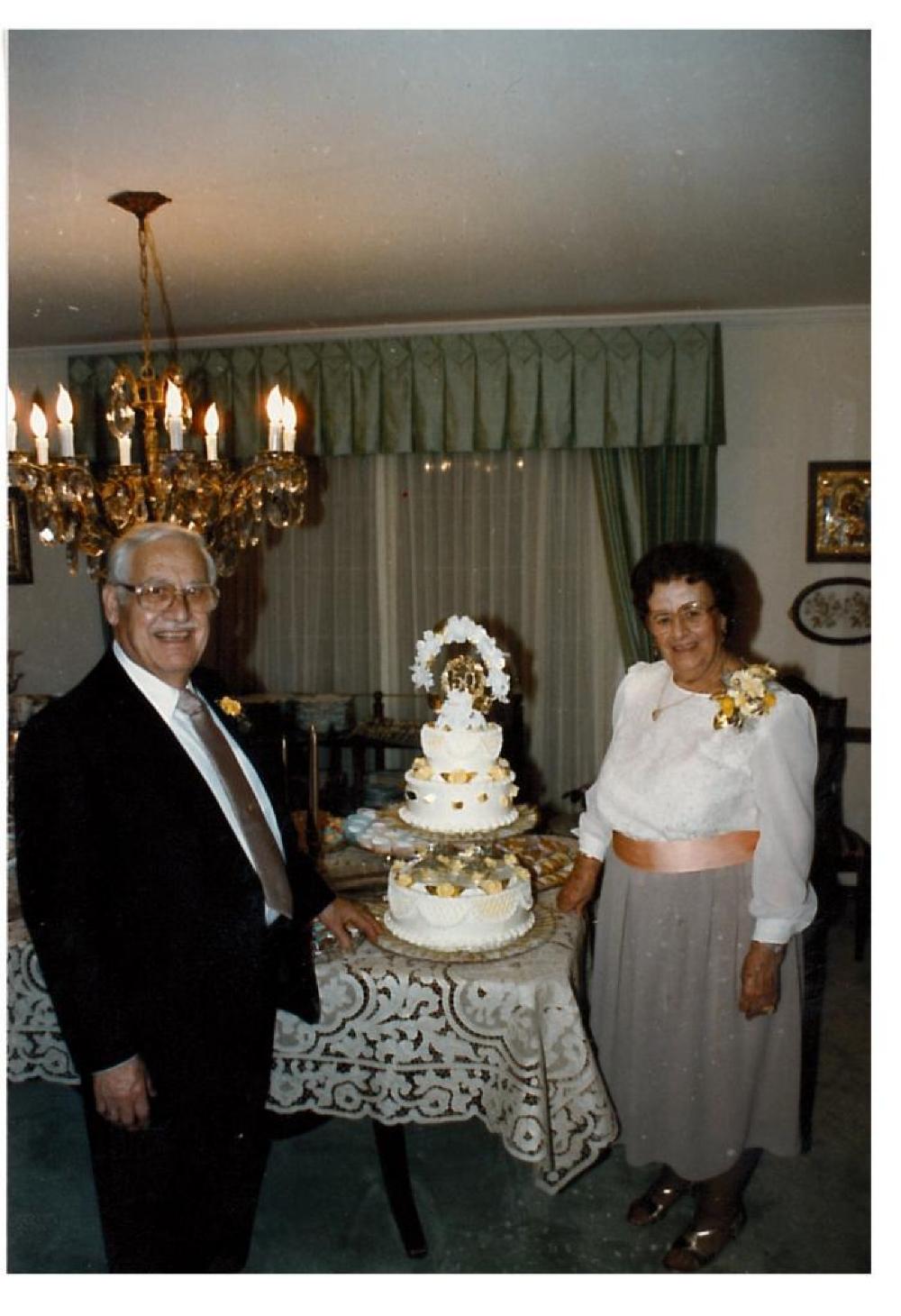 Pagedas Family Collection (is part of)

A color photograph of an elderly man and woman. The man, on the left has short white hair and a thin white mustache. He is wearing large glasses, along with a black suit and shoes, a white shirt, and a light-colored satin tie. He has a yellow boutonniere. The woman, on the right, has short, dark, curly hair and glasses. She is wearing a loose, long-sleeved white shirt and a gray skirt, along with dark stockings and sandals of an indeterminate shade. She has a salmon-colored sash around her waist and a gold necklace. There is a small bouquet of yellow and white flowers pinned to her shoulder. On the table between the couple are two round, white cakes. The one at the front is a single tier with various decorations on top. The one in back is a two-tiered cake with a large number "50" on top. It appears that the photograph my have been taken inside someone's home. There is a chandelier hanging over the table, and a large, curtained window in the back wall. Writing on the back of the photo says: 50th Wedding Anniversary Peter G. and Anna Sarantos Brookfield, WI

This photo is from the 50th wedding anniversary of Peter and Anna Sarantos. The Sarantoses were originally married in Gary, Indiana on November 10, 1935. According to the invitation, their anniversary party was held in Elm Grove, Wisconsin on November 10, 1985. However the back of this photo says that it was taken in Brookfield, Wisconsin. Brookfield and Elm Grove are next to each other, so it is possible that different parts of the celebration took place in both towns or that someone simply made a mistake.