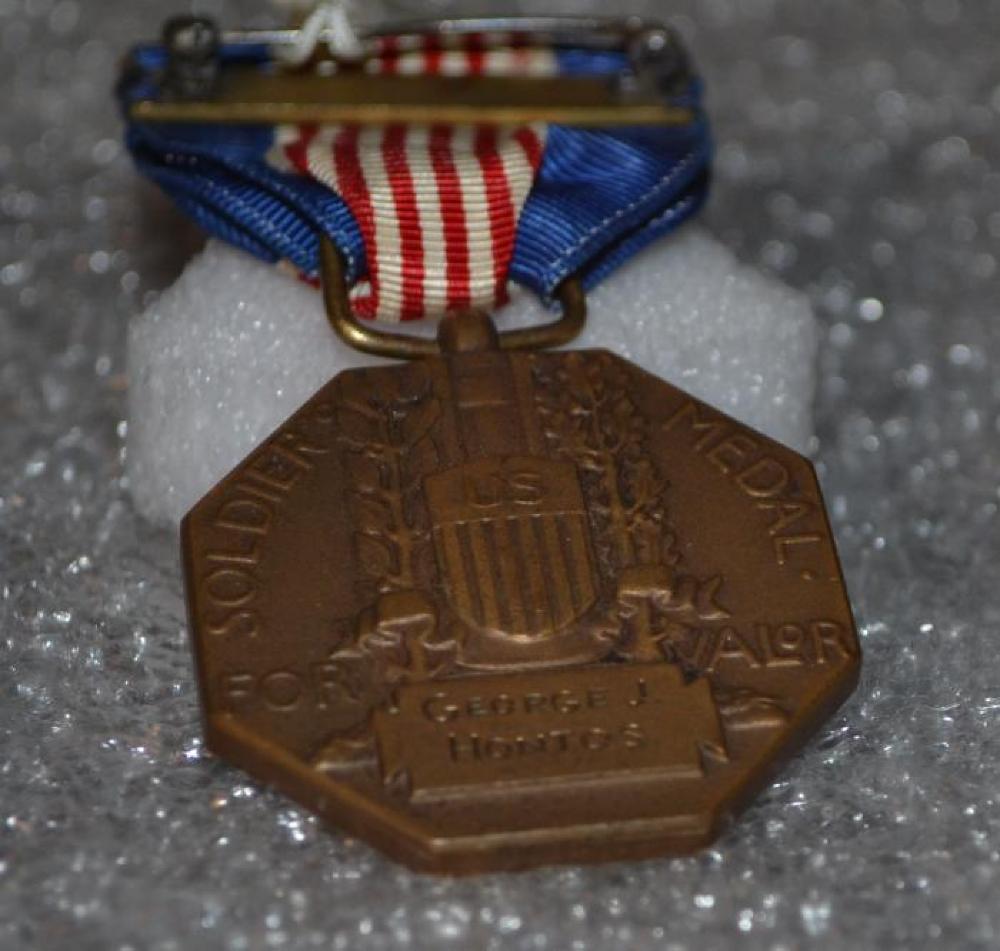 OCTAGON SHAPED MEDAL - W/OAK AND LAREL BRANCHES AROUND A U.S. MEDALLION & A BAR W/ NAME GEORGE J HONTOS HANGING FROM RED-WHITE STRIPPED ON BLUE BACK GROUND ON BACK AN ENGRAVED EAGLE ON A SCROLL W/ 13 STARS.

The Soldier's Medal is awarded to any individual whom while serving in the Armed Forces of the United States, or any citizen of a friendly foreign nation that while working with the United States Army, is recognized by heroism not concerning direct encounter with an enemy. George James Hontos, was born in Chicago, Illinois on March 27th, 1920. The son of James and Cornelia Hontos, brother of Dimitra, Arthur and John, who also served in the United States Navy. Two weeks following the Pearl Harbor disaster, he was called to serve his country. He trained for six months at Camps Yulen and Wallace, Tex. On March 1, 1942, the 434th Coast Artillery Battalion (Anti-Aircraft) was activated. With this outfit, he was send to England. After the completion of training, they took part in the liberation of Africa. George died from a landmine left by the Nazis, trying to aid some wounded women and children in Tunisia, on May 24th, 1943. Private George J. Hontos was awarded posthumously the Soldier's Medal and the Purple Heart.