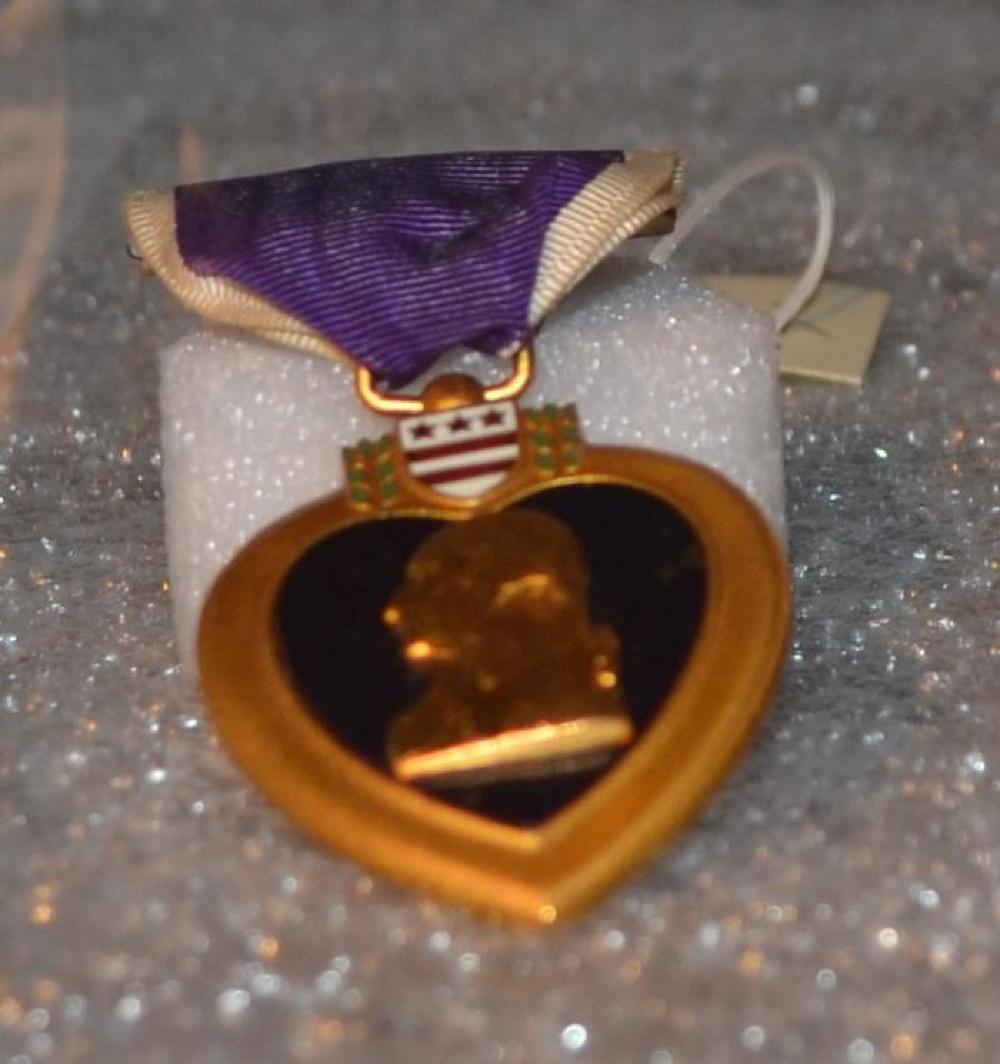 Government, US (created by)
FAmily, Hontos (owned by)
Hontos, Arthur (is related to)

Purple heart medal from World War II. This medal is composed of two parts; a purple ribbon with a thin white border that loops through a gold heart shaped medal. The medal portion has a gold image of George Washington in profile on a purple field. On top of the heart is a medallion of red & white stars & stripes framed by two green laurel branches. The back of the medal reads "For Military Merit" in embossed gold and bellow it, in black lettering "George J. Hontos." At the top of the heart is the mirror image of the medallion on the other side but only in gold.

George James Hontos, was born in Chicago, Illinois on March 27th, 1920. The son of James and Cornelia Hontos, brother of Dimitra, Arthur and John, who also served in the United States Navy. Two weeks following the Pearl Harbor disaster, he was called to serve his country. He trained for six months at Camps Yulen and Wallace, Tex. On March 1, 1942, the 434th Coast Artillery Battalion (Anti-Aircraft) was activated. With this outfit, he was send to England. After the completion of training, they took part in the liberation of Africa. George died from a landmine left by the Nazis, trying to aid some wounded women and children in Tunisia, on May 24th, 1943. Private George J. Hontos was awarded posthumously the Soldier's Medal and the Purple Heart. The Purple Heart is a US military decoration awarded to those who have been wounded or killed in service. Private Hontos was given this award for his efforts to aid wounded civilians that resulted in his death.