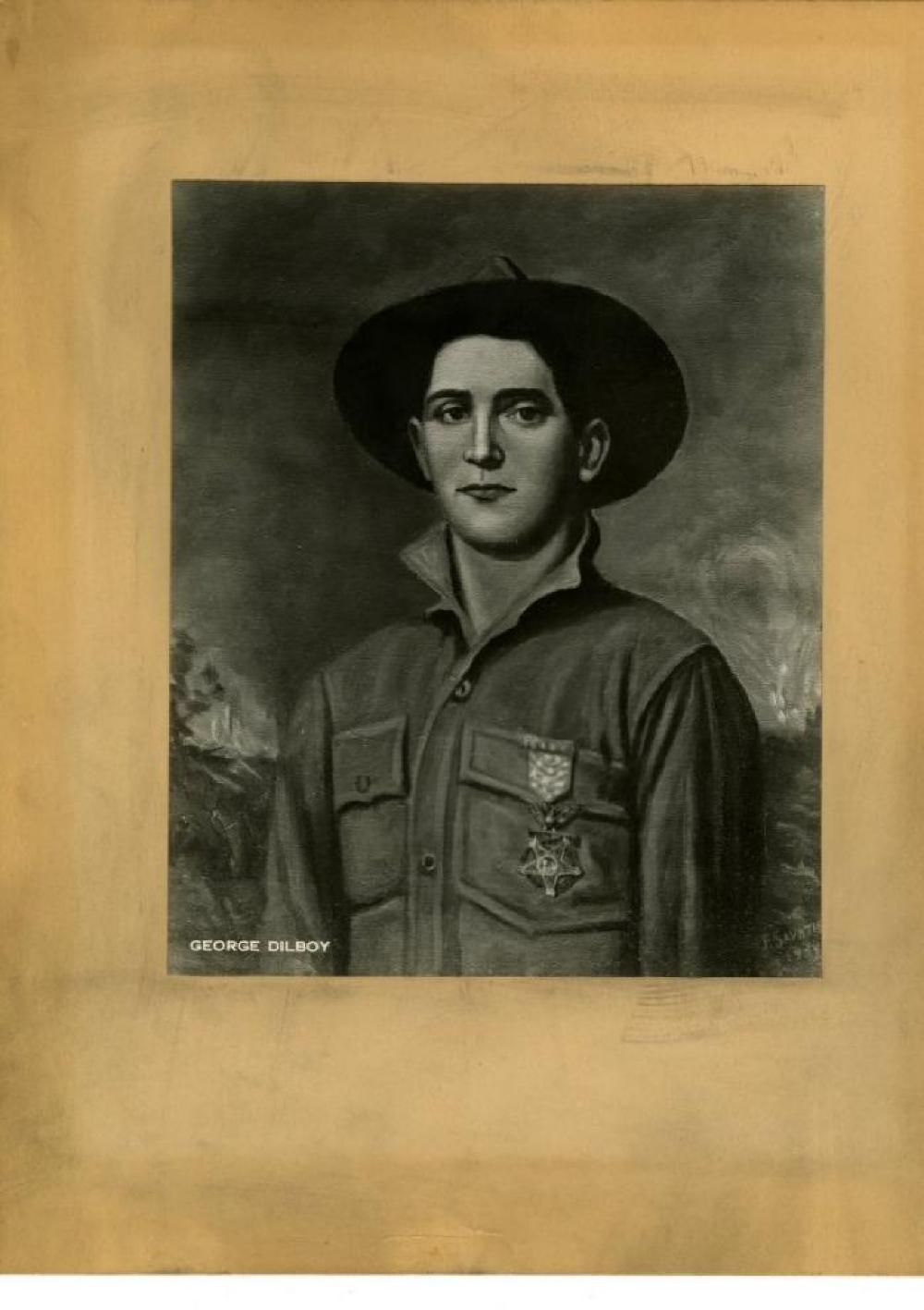 A black-and-white copy of a painted portrait. The image shows a waist-up portrait of young man. The man is wearing an American World War I army uniform with a campaign hat. Pinned over his left breast is a Medal of Honor. There is a signature in the lower right corner and the name "George Dilboy" is printed in the lower left corner.

George Dilboy was an Amerian war hero and the first Greek-American to be awarded the Medal of Honor. He was born in 1896, an ethnically Greek town in Ottoman Turkey. In 1910, he immigrated to the United States to join his father. In 1912, he traveled to Greece, where he fought in the First and Second Balkan Wars. He then returned to the U.S., and, in 1916, joined the United States Army to fight in the Mexican Border War. He was honorably dicharged but soon re-joined the army to fight in World War I. He was killed in France in 1918 while assaulting an enemy machine gun position. He was posthumously awarded the Medal of Honor for is actions by President Woodrow Wilson. This portrait shows Dilboy in his uniform, wearing his Medal of Honor. As Dilboy's medal was awarded after his death, this is simply the artists imagining, altough the picture is based on real-life images of Dilboy. Based on the date in the lower right corner, the original painting was made sometime in the 1930s.