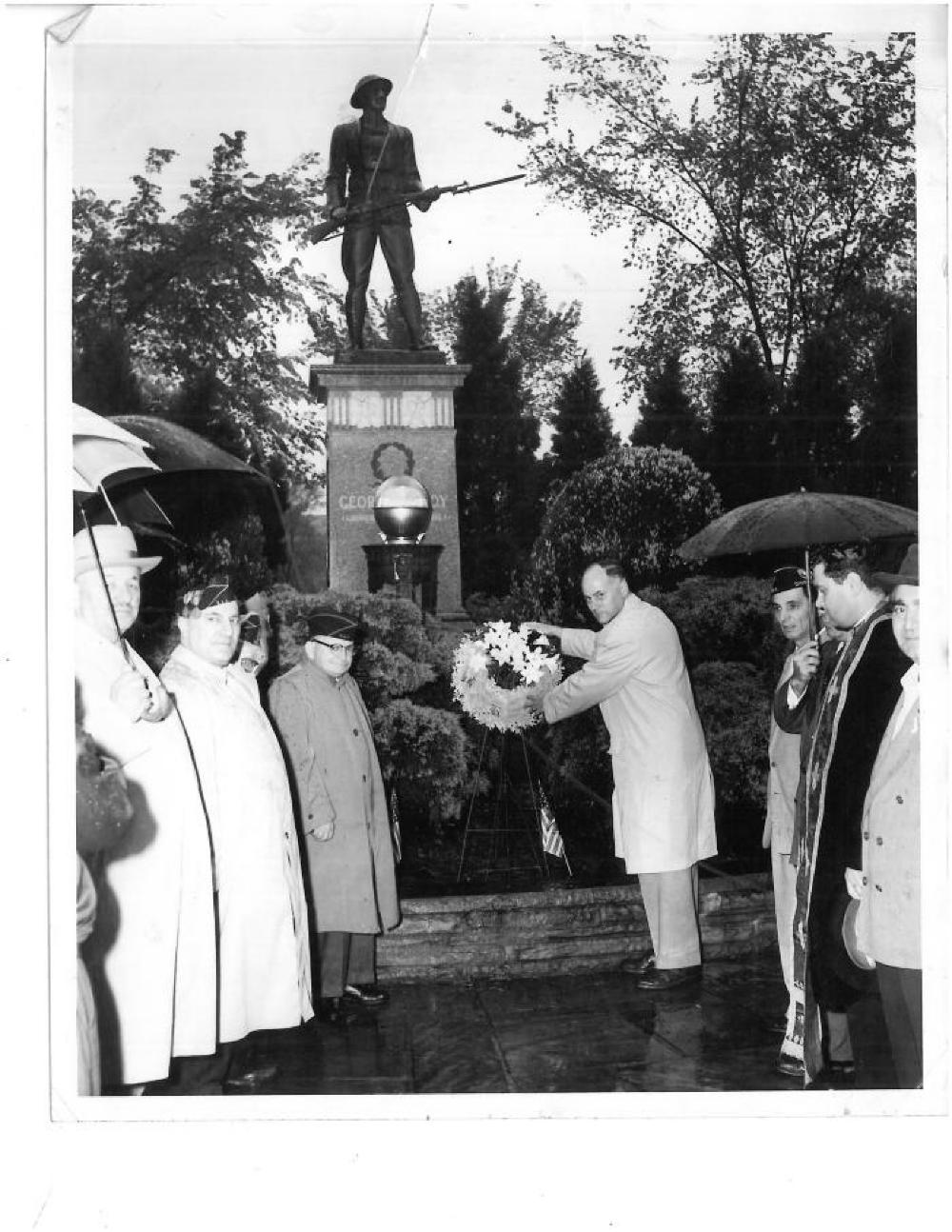 Dedication of the George Dilboy Memorial

Donated by Gene Douglas. George Dilboy immigrated to America in 1910. He returned to Greece around 3 years later to fight in the Greek Army in Thessaly during the First Balkan War of 1912. He also stayed there to fight in the Second Balkan War in Macedonia in 1913. He then returned to America, specifically Sommerville, Massachusetts, where he went to school and worked for a few years before he volunteered for the U.S. Army to fight in France during WWI, where he was killed at age 22 after heroicly attacking an enemy fortress almost solely by himself. By doing this, he led by example for other solidiers to fight bravely with all of their energy.