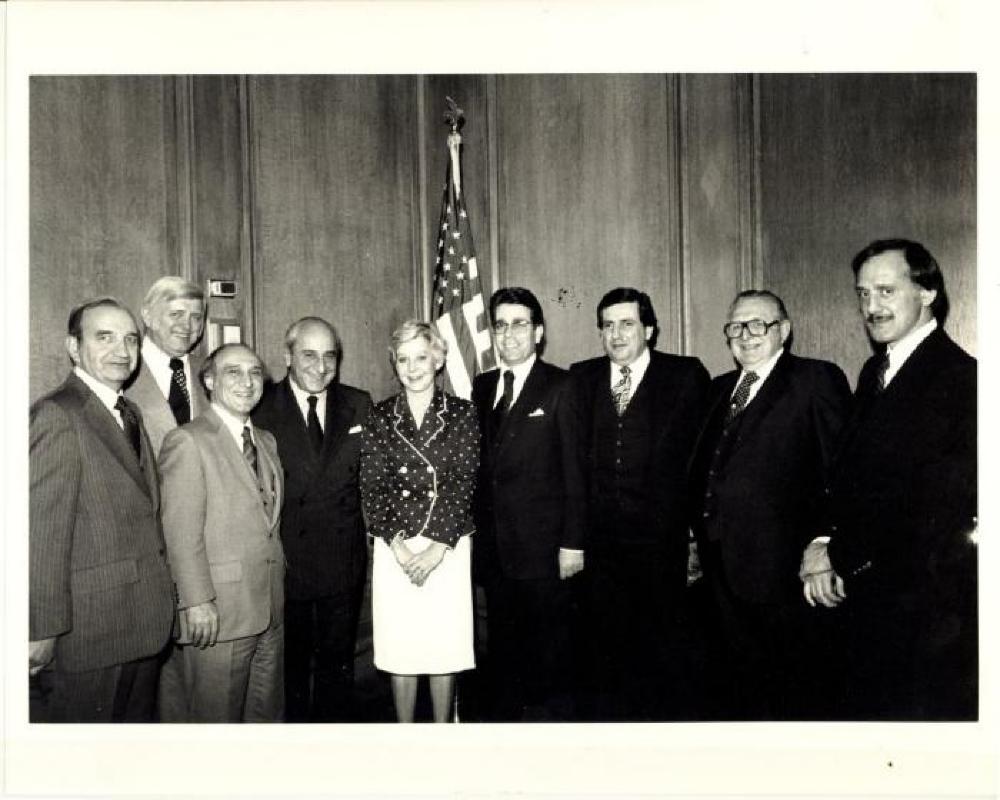 A black and white photograph of eight men and one woman. All of the people pictured are wearing business clothing. They are standing in front of a wood paneled wall and an American flag.

Photographs donated by Margaret Mantzoros. Group portrait featuring: Samuel Maragos, far left, Mr. Rummel, 2nd from left standing, Nick Melas, standing in front of Mr. Rummel, and former Chicago Mayor, Jane Byrne. Former Cook County Judge Samuel C. Maragos was an attorney who specialized in municipal law, wills, tax, commercial and trust law, Mr. Maragos practiced with his son, Dean, at Maragos & Maragos.As a state representative and state senator from South Chicago from 1968 to 1980,he helped pass the no-fault insurance law, the law against panic-peddling and bills related to the Illinois Port Authority, which he served on as vice chairman. He voted for open housing and the Equal Rights Amendment. Mr. Maragos served several terms as an appointed Cook County judge in the early 1990s. Jane Margaret Byrne (born May 24, 1934) was the first and to-date only female Mayor of Chicago. She served from April 16, 1979 to April 29, 1983