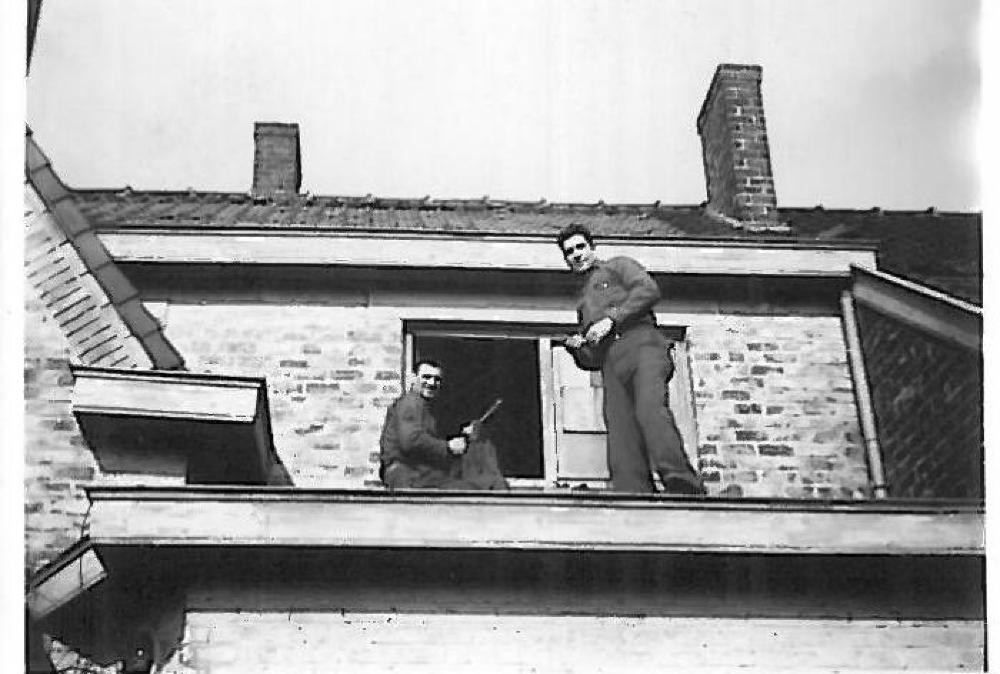 A black and white photograph of two men on the roof of a house standing by an open window. The men are in pants and long sleeve shirts and look to be holding tools or some kind of object in their hands. On is sitting in front of the open window and the other is standing a few feet away from him. The house has many different sections of the roof and it is a brick house. On the back it says, "Wilson, Lopes."