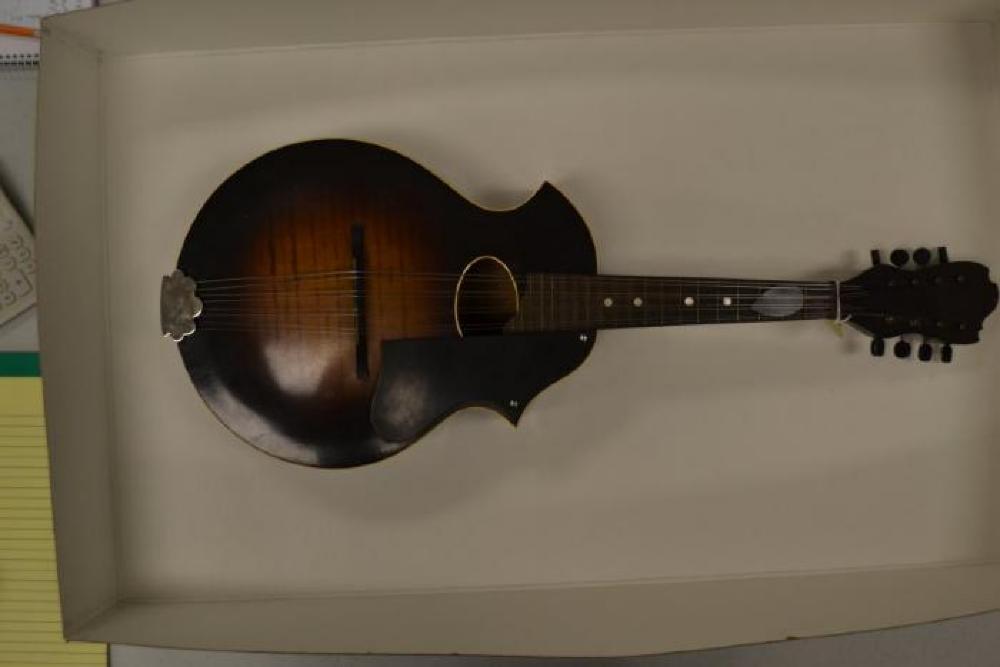 A mandolin produced by Wilson Bros. Mfg. Co. in Chicago, Illinois. The mandolin is small, light brown and features eight steel strings. The body has minor damages, a worn tarnish and is missing the pick guard. Additionally, the face has a worn signature--"G. Rass"--possibly short for Gus (Constantine) Rassogianis who the mandolin was reportedly used by. He, reportedly, played it while on vacation at the family's vacation home in Michigan while their neighbor blayed the lyra.