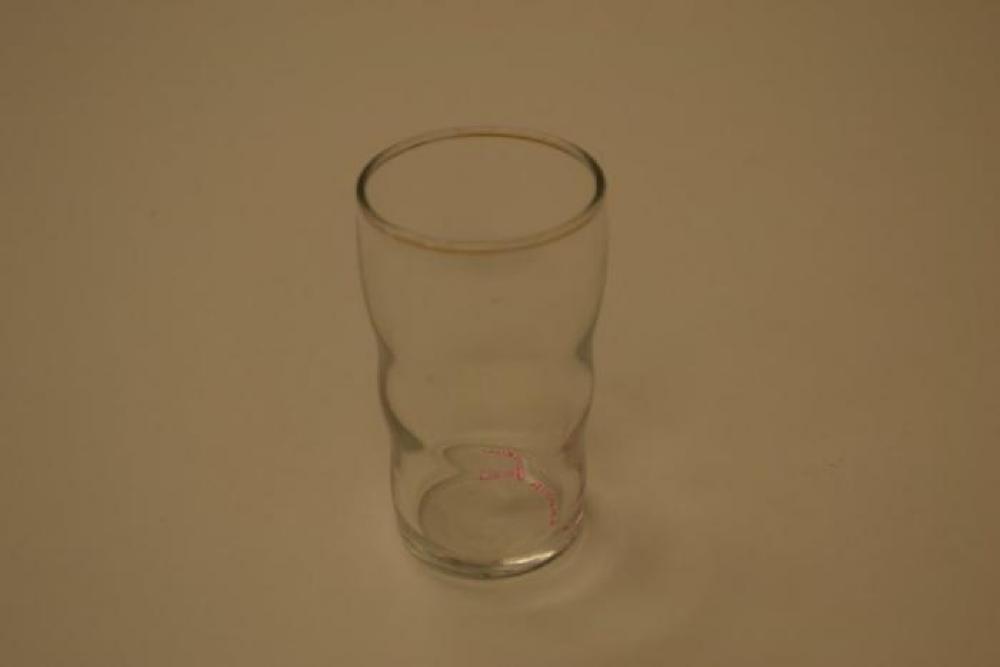 The cup is a clear glass that was used at the Ramova Grill. On the bottom of the glass "Ramova Grill" is writtin with red marker. The glass curves in and then back out a little about half way down and then it curves in and back out again. There are some small scratches and smudges on the glass. This glass is skinnier and a little taller than the juice glass.