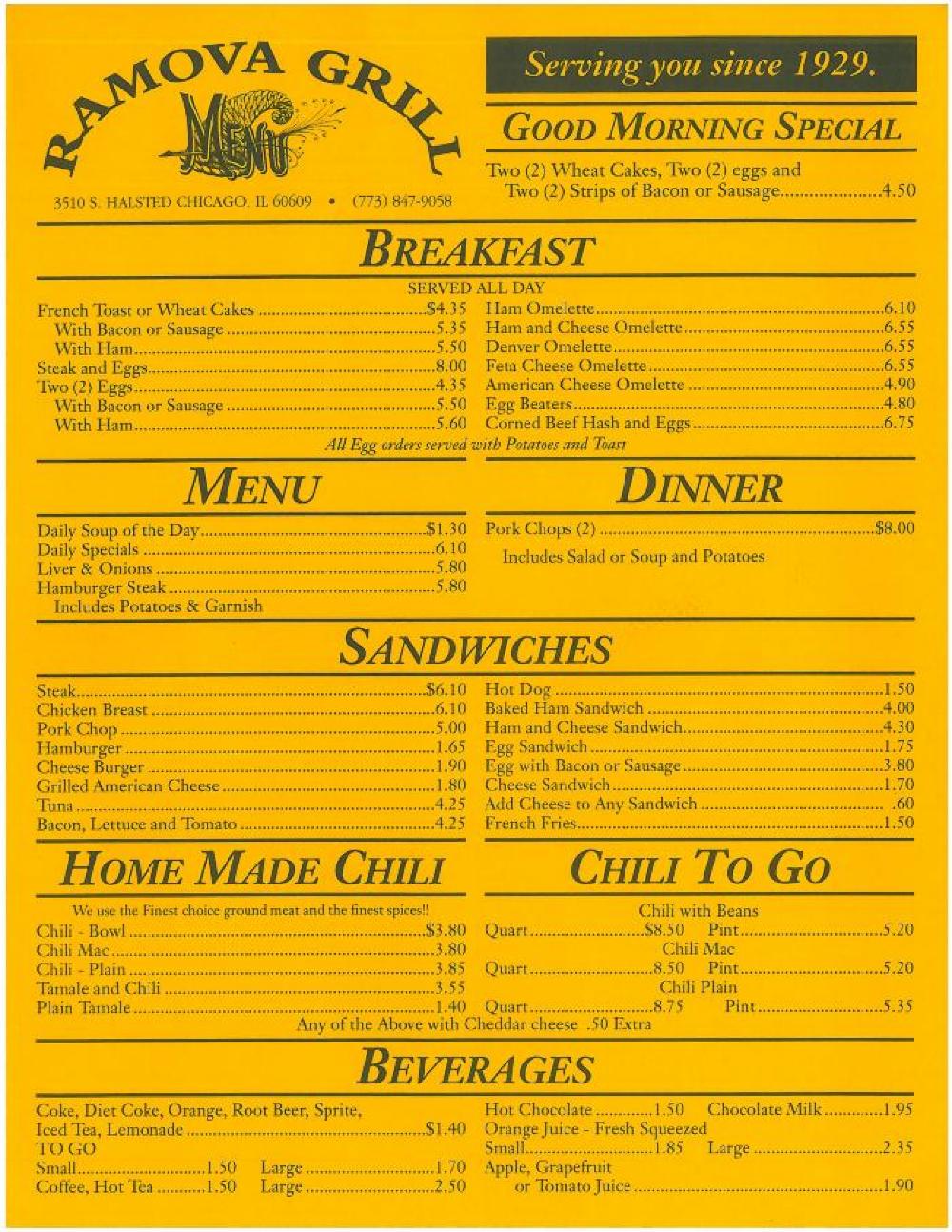 A Ramova Grill menu from June 2012. It is only one page with print on one side of the paper that is a orange color. The top of the menu has "Ramova Grill," the address, phone number, "Serving you since 1929," and logo. The menu includes various things such as the Good Morning Special, their famous pancakes, their home-made chili, and Chili To Go.