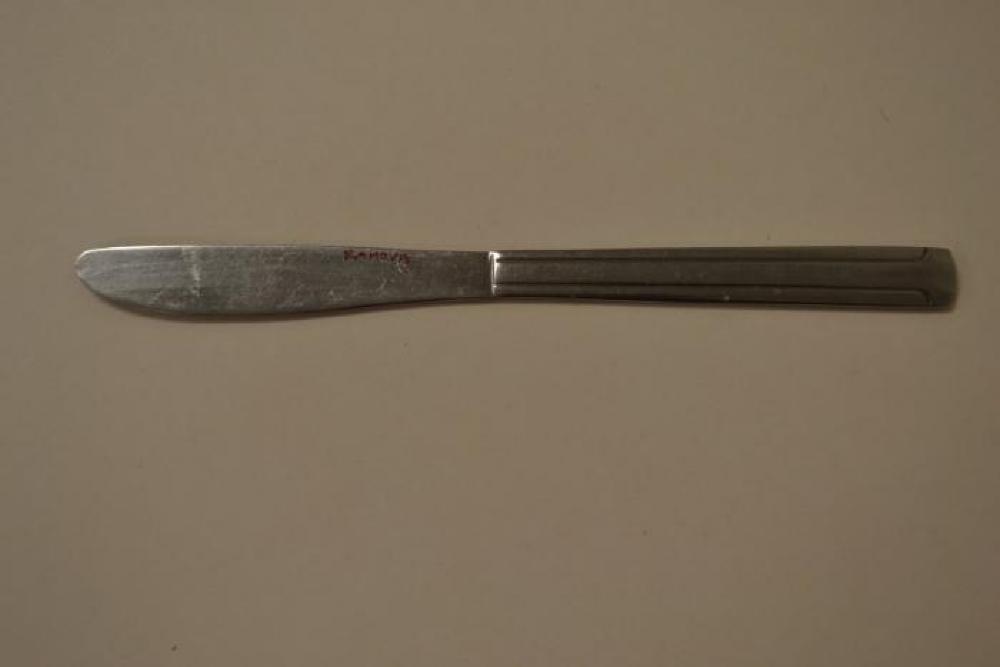 A metal butter knife with writing on the blade in red marker that says, "Ramova." The handle has a simple design of two lines going from the blade towards the end and less than a centimeter from the end of the handle the curve off, one to each side. This design is on both sides of the handle. The blade is smooth on the side with writing and on the other side it has very small teeth. The knife has some stains and residue along both sides of the knife.