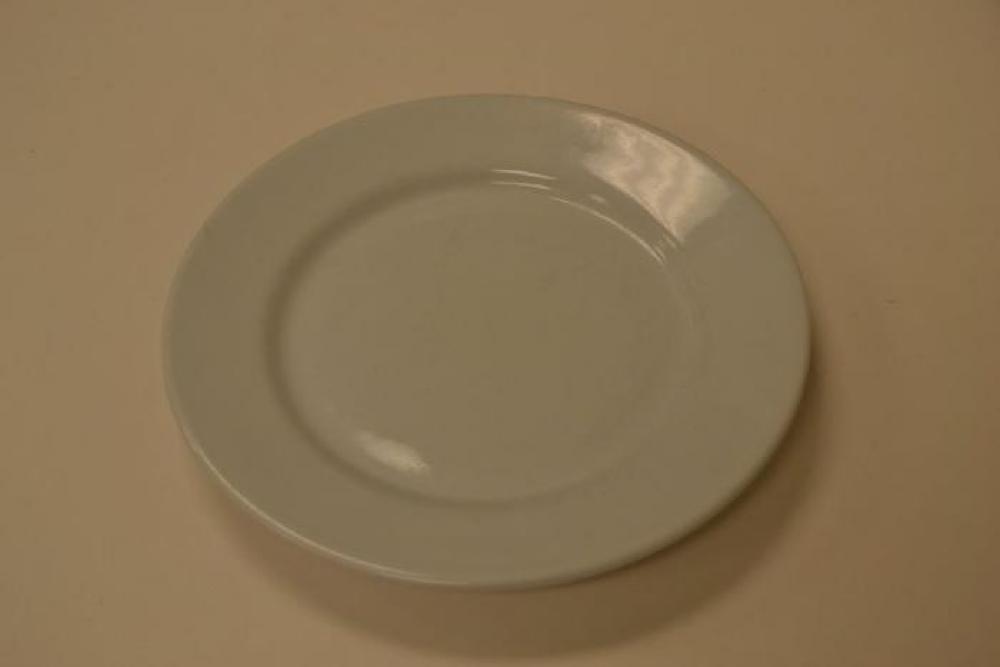 A white ceramic dinner plate with writing on the bottom in red marker that says, "Ramova Grill 3510 S. Halsted - Chicago 1929 to May 27, 2012 - Greek Owned Establishment Located Nest to the Ramova Theater in Bridgeport Community." Some of the writing in smeared and difficult to read. There are some gray markings on the top of the plate and only a couple on the bottom. The plate has raised edges and has some residue on it but it is difficult to see.