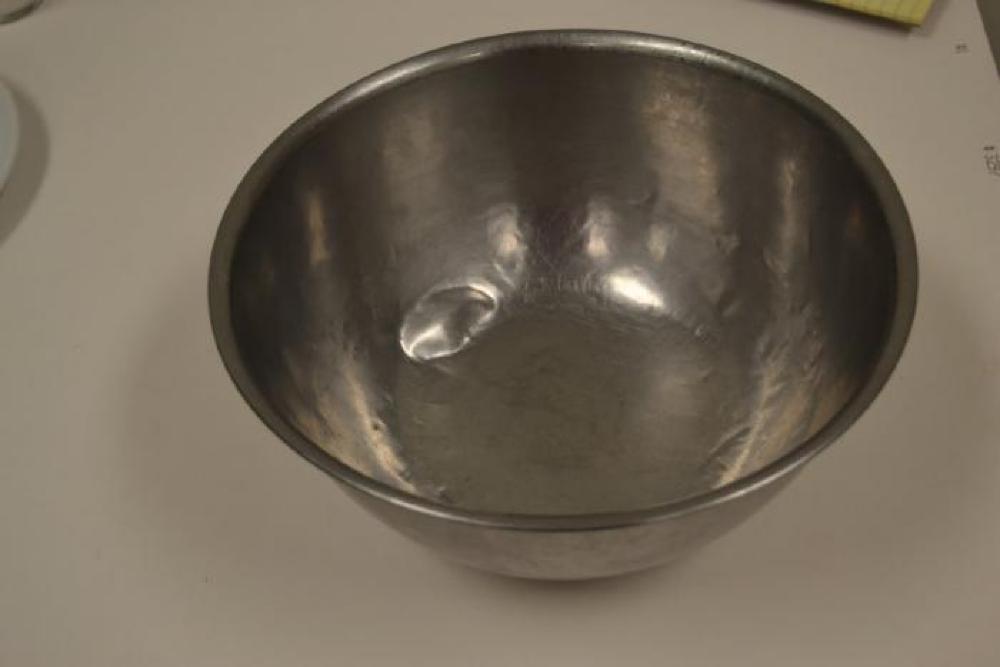 A metal mixing bowl used in the proccess of making the pancake batter, which the Ramova Grill was well known for their pancakes. Under the lip on the bowl it says in red marker "Ramova Grill," and has some crusted on batter in the crease of the lip. The bottom of the bowl is worn from using and washing and it has a few stain marks on the bottom. The sides have some batter residue and stains on it. Inside of the bowl has marks from the whisks, small chipped marks on the sides and bottom, and some stains or batter residue on the sides. There is a large indent on the side where is starts to curve down to the bottom. The bowl has several other dents along the sides from using the whisk. There are some faded horizontal lines along the sides in and out of the bowl as a design.