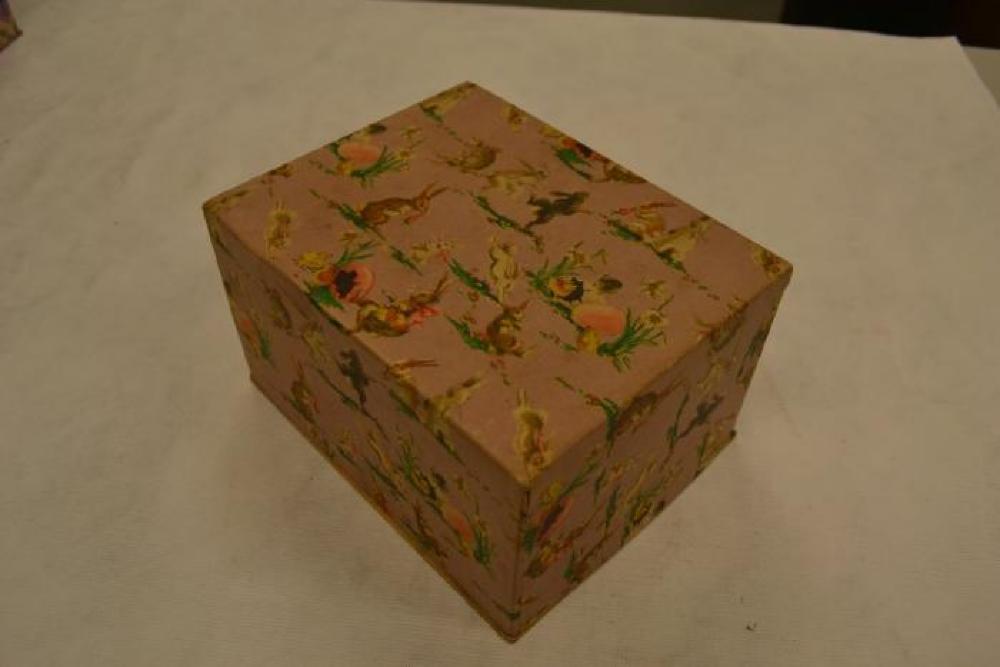 A small, Easter-themed candy box. The exterior is purple and covered in a pattern of playing rabbits and chicks. The chicks are located around hatched eggs. The buddies are doing a variety of things, such as tumbling, holding carrots, or holding easter baskets. They are usually located on patches of green. The bottom of the box is white.