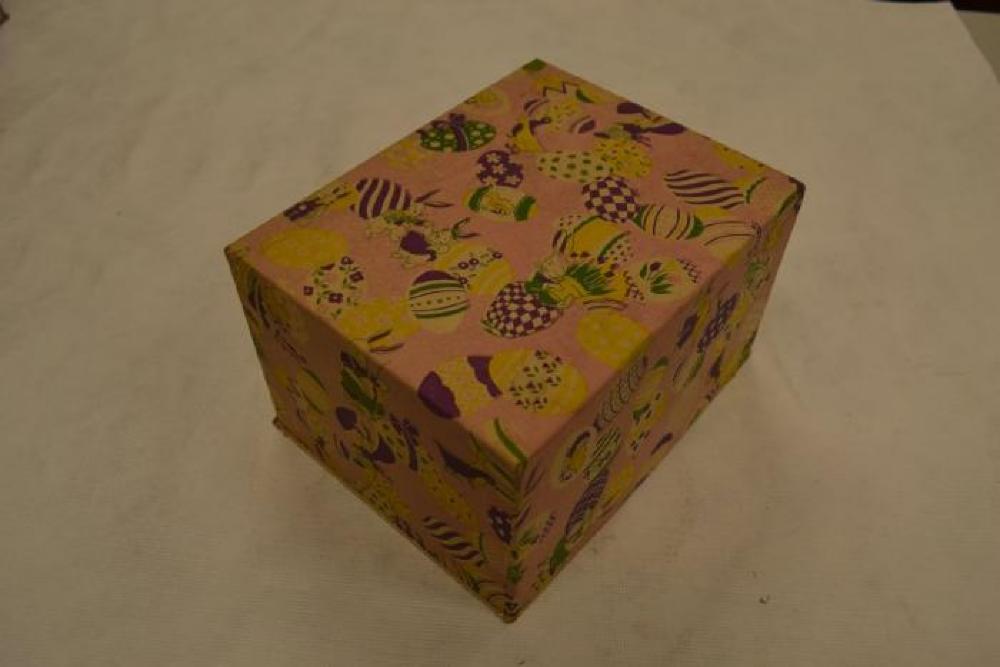 A small, Easter-themed candy box. The exterior is pink and covered in a pattern of rabbits and Easter eggs. The eggs are usually purple, pink, yellow, or green, and feature a variety of the designs. The rabbits are depicted painting eggs, dancing, reading, and sitting, as well as a variety of other activities. There are a few ducks and some chicks hatching from eggs. The bottom of the box is white.