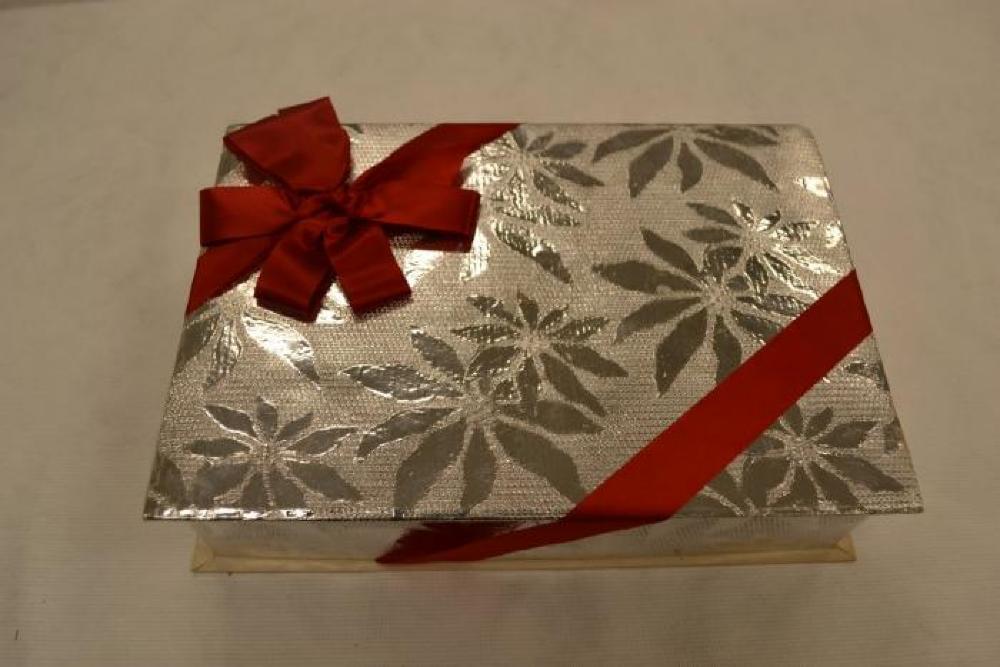 A large, silvery candy box with a long red bow. There are silhouettes of mistletoes embossed onto the paper. The base of the box is white. The mistletoe design consists of a big mistletoe followed by a smaller mistletoe. Inside, the box is lined with cream colored paper.