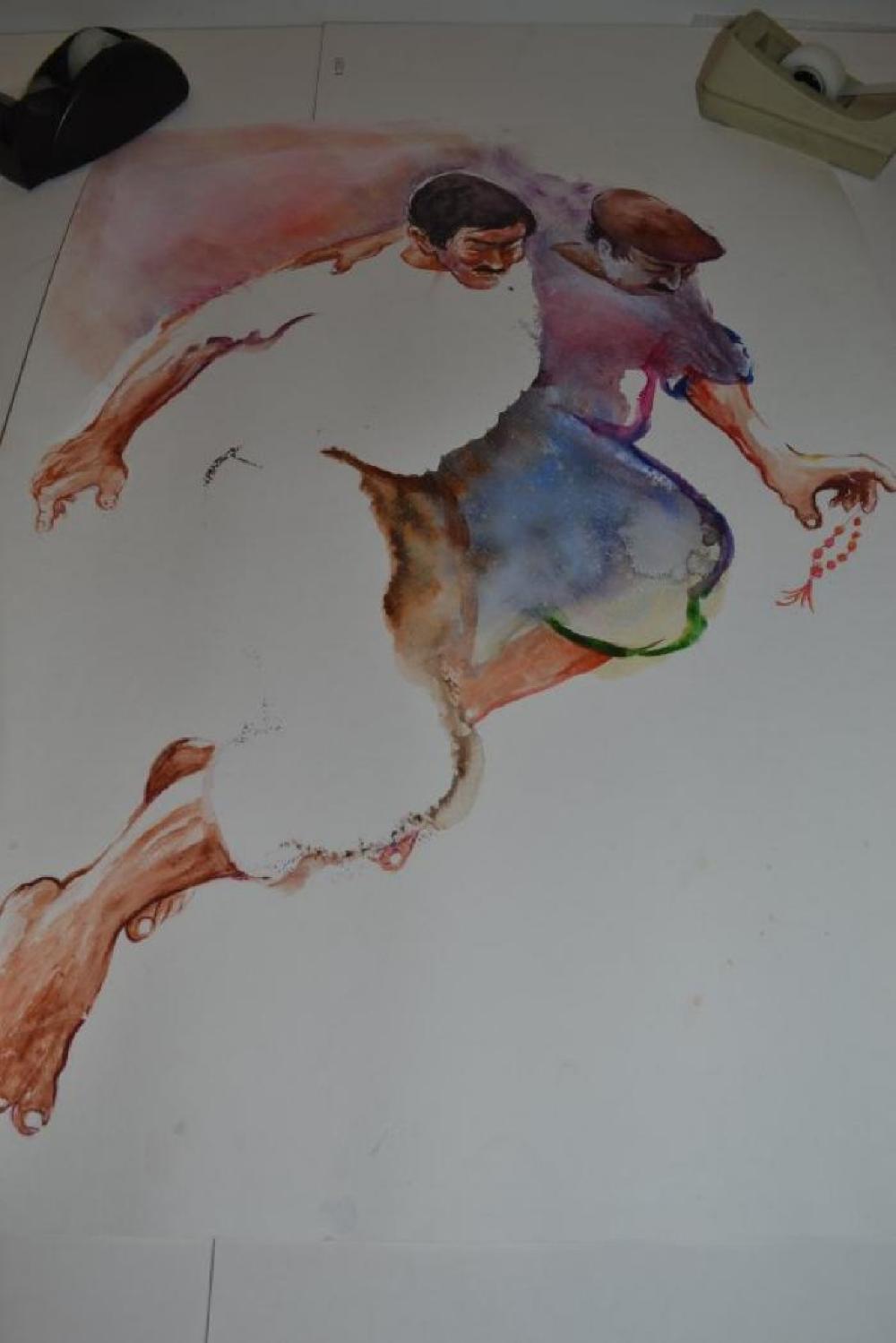 Painting, Watercolor. "Hasapiko" by William 'Bill' Papas. Depiction of two man performing "The Butchers Dance". Man on the right depicted with a hat, moustache and holding a red rosary. Man on the left depicted with a cigerette, moustache and body is incomplete. Arms around eachother shoulders, with both feet off the ground. Original sketch marks visable through the paint. No visable damage. Appears unfinished, however research reveals Papas left areas unpainted intentionally.

Originally donated to the Greek American Foundation by the sister, Tessa, of William Papas. Kreatsoulas aquired item in 2011. William 'Bill' Papas, a watercolorist, illustrator and caricaturist, accomplished a majority of his work with the 'The Guardian' newspaper in London as a political cartoonist. Papas began to study watercolor painting around 1964, and continued to paint until his passing 2000. Heavily influenced by Toulousse-Lautrec and Daumier, Papas' subject matter focused around Greek culture and horses.