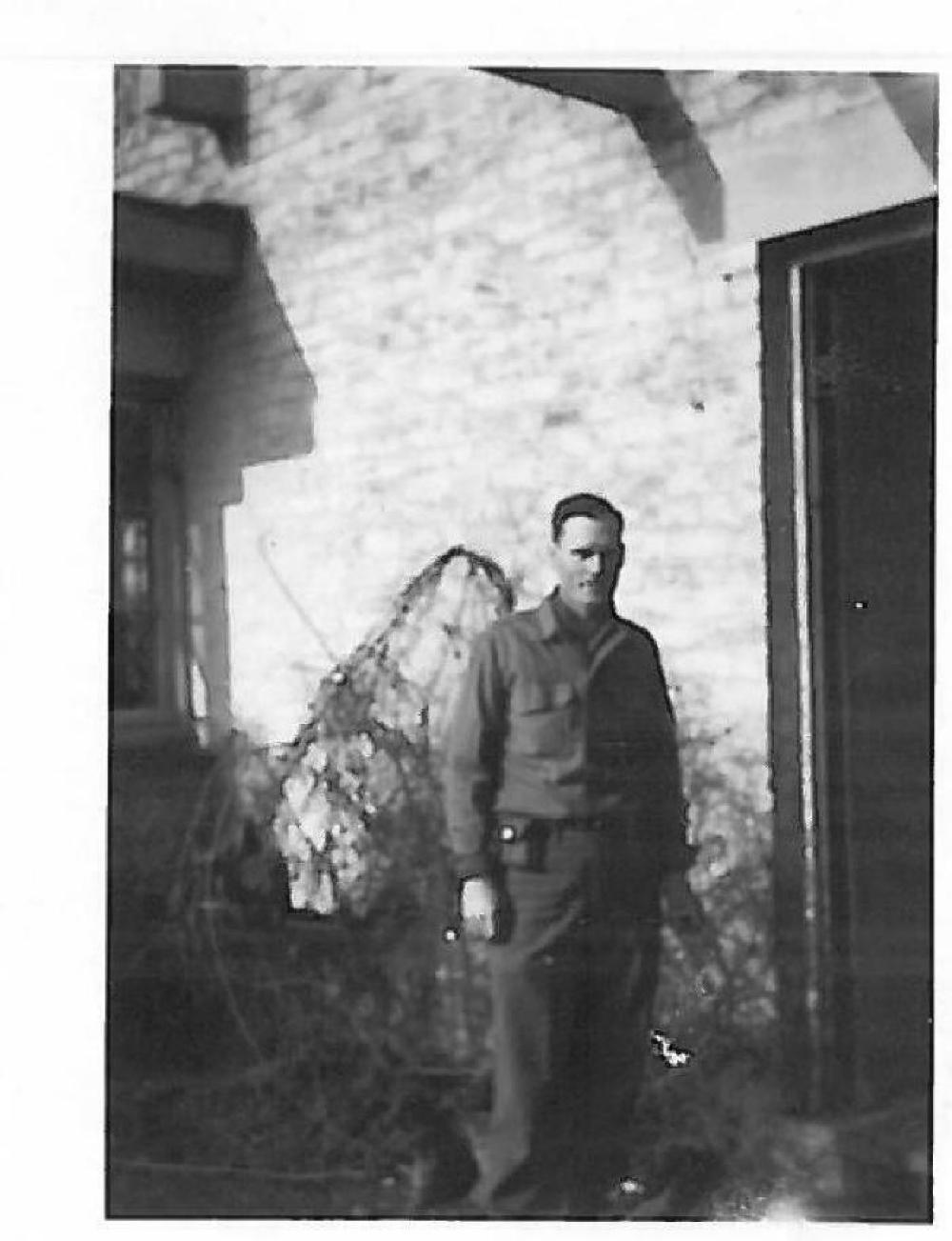 A black and white photo of a man standing in front of a house. He is in a military uniform, pants and a long sleeve shirt. On his belt it looks like there is some kind of pocket. His arms are at his side and he is in front of a brick house, plants, part of a window, and part of a doorway. On the back it says, "Robson."