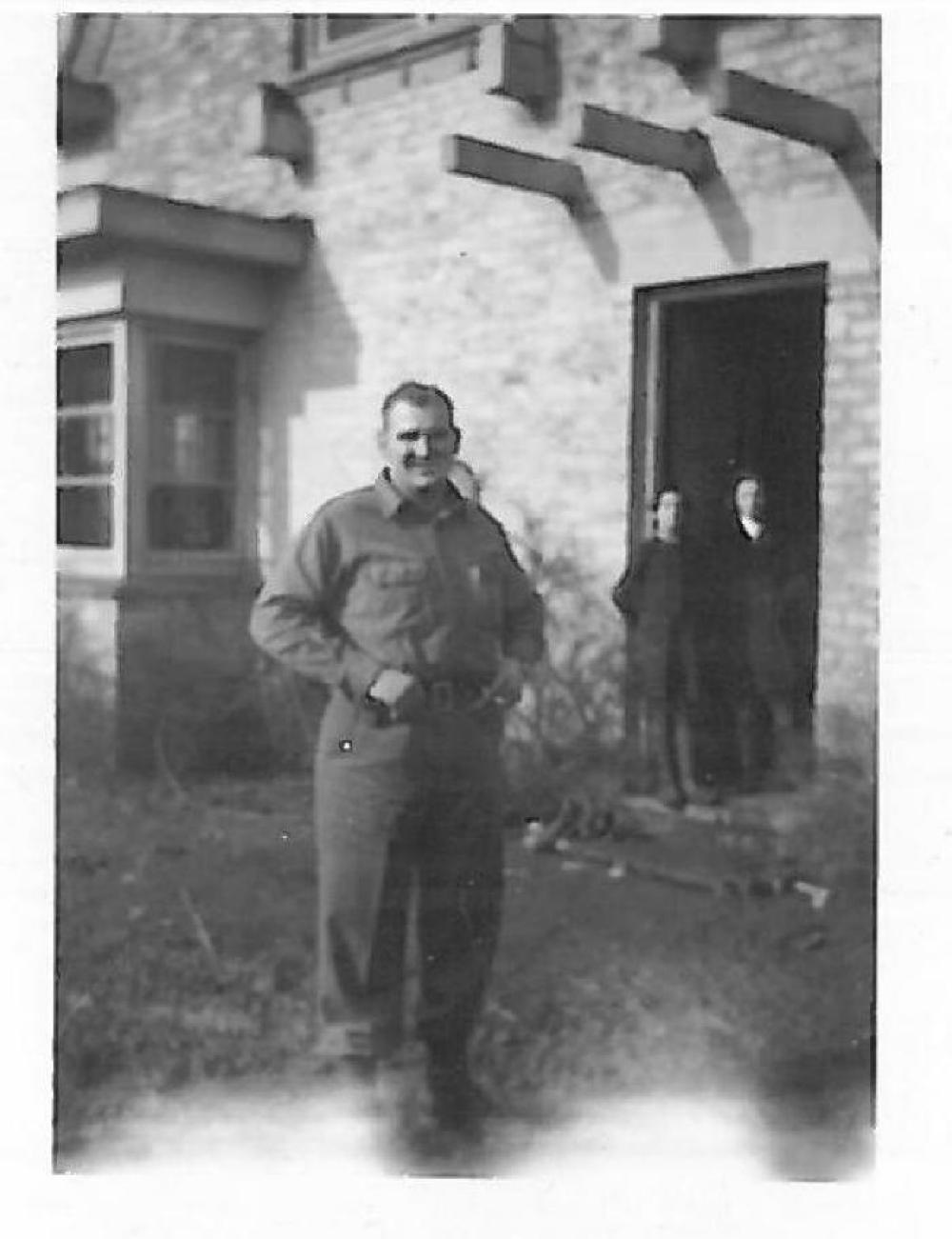 A black and white photo of a man standing in a yard in front of a house and there are two young children standing in the open doorway. He is wearing a military uniform, pants and a long sleeve shirt. The two children in the back are wearing dark coats. Behind him is a brick house with some windows and plants around. On the back it says, "Gilmore."