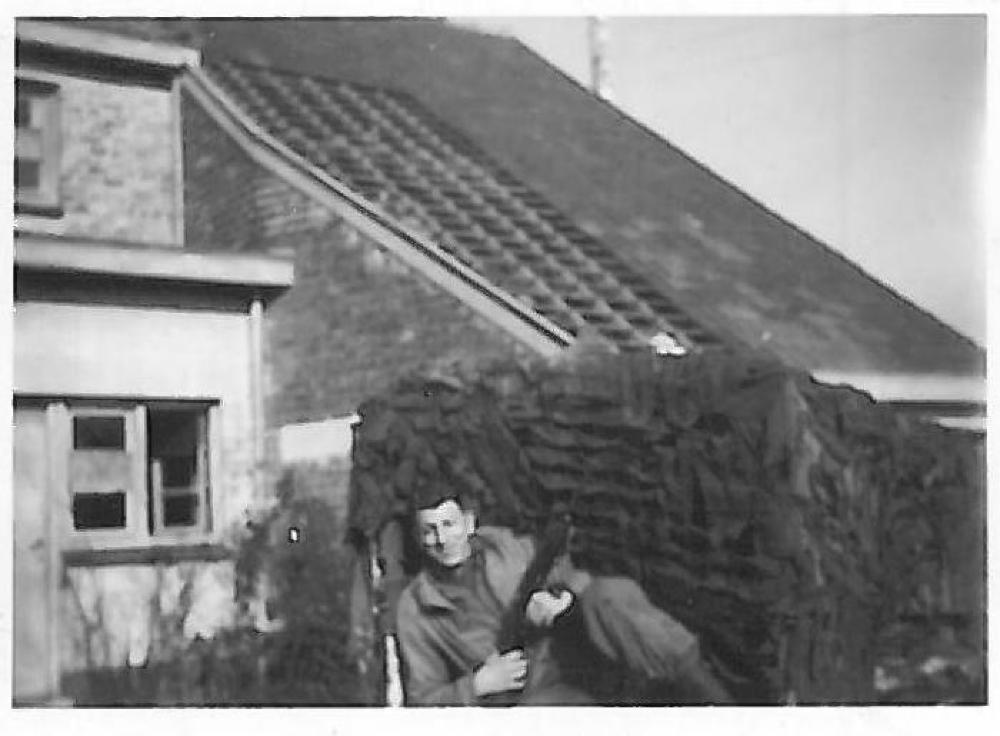 A black and white photograph of a man laying on his side with a gun in his hand. Behind him there are two houses and a small shed-like building right behind him. The shed has some kind of cover on it. He is wearing pants, shirt, and a jacket which is most likely his military uniform. The sides of the picture are cut that it gives it jagged edges. On the back it says, "Schmuechel."