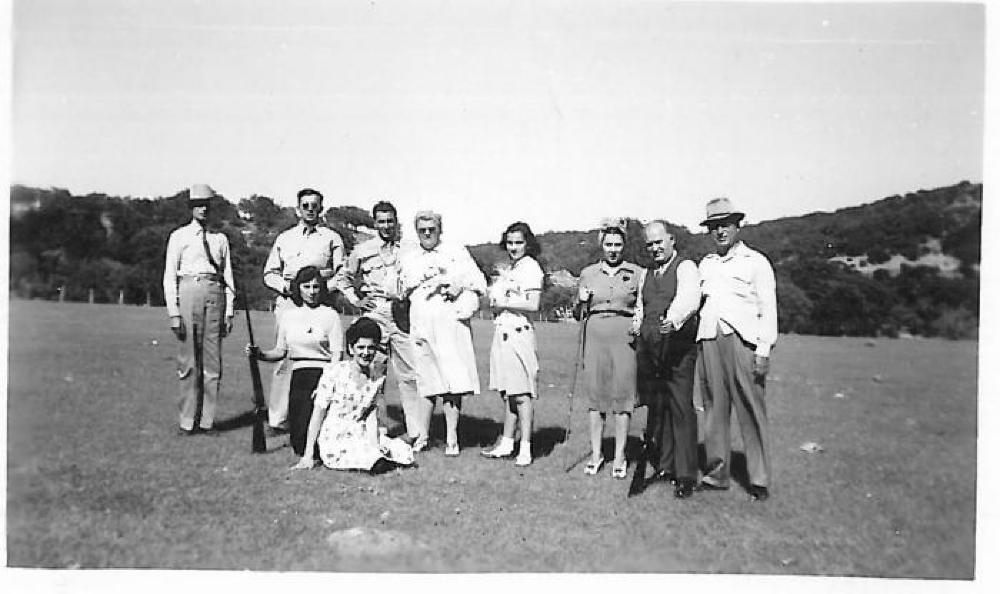 A black and white picture of a group of people in an open field with some hills in the background. On the back of the photo it says, "Mr. Pappas, Myself, Jim Kavouyas, Mrs. Papas, Antony girl, Mrs. Antony, Mr Antony, Mr. Galanis, Maria Galanis, Magdallin Antony. Taken on picnic Sunday May 1943." The men on the two outsides are both wearing hats, pants, and a long sleeve shirt. The girl in front laying on the grass is in a floral dress and the girl next to her sitting on the grass is holding a gun. Behind her there are the two men in military uniform. Next to them there are two women who are holding the baby lambs and they are wearing dresses. The girl next to them is wearing a dress and holding a walking stick. Next to her is a man in a tie, vest, and pants is holding a gun.