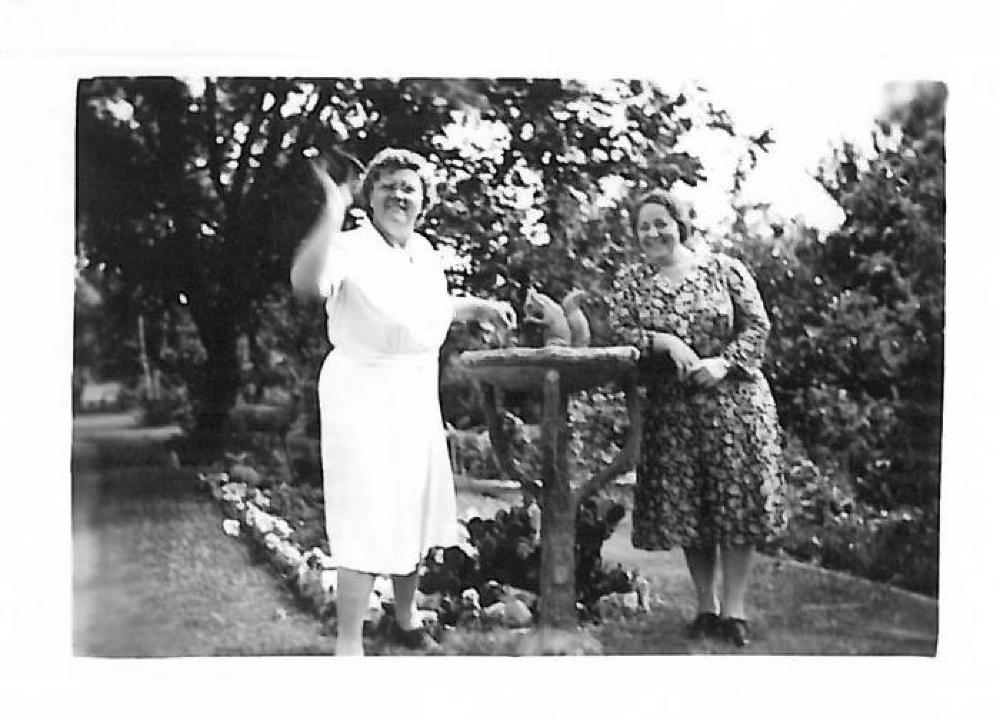 A black and white photograph of Mrs. Pappas and Mrs. Galanos. They are standing in a yard next to a wood-like feeder for animals and it has a squirrel on it. The woman on the left is in a white dress and is waving. The woman on the other side is leaning against the feeder in a floral dress.