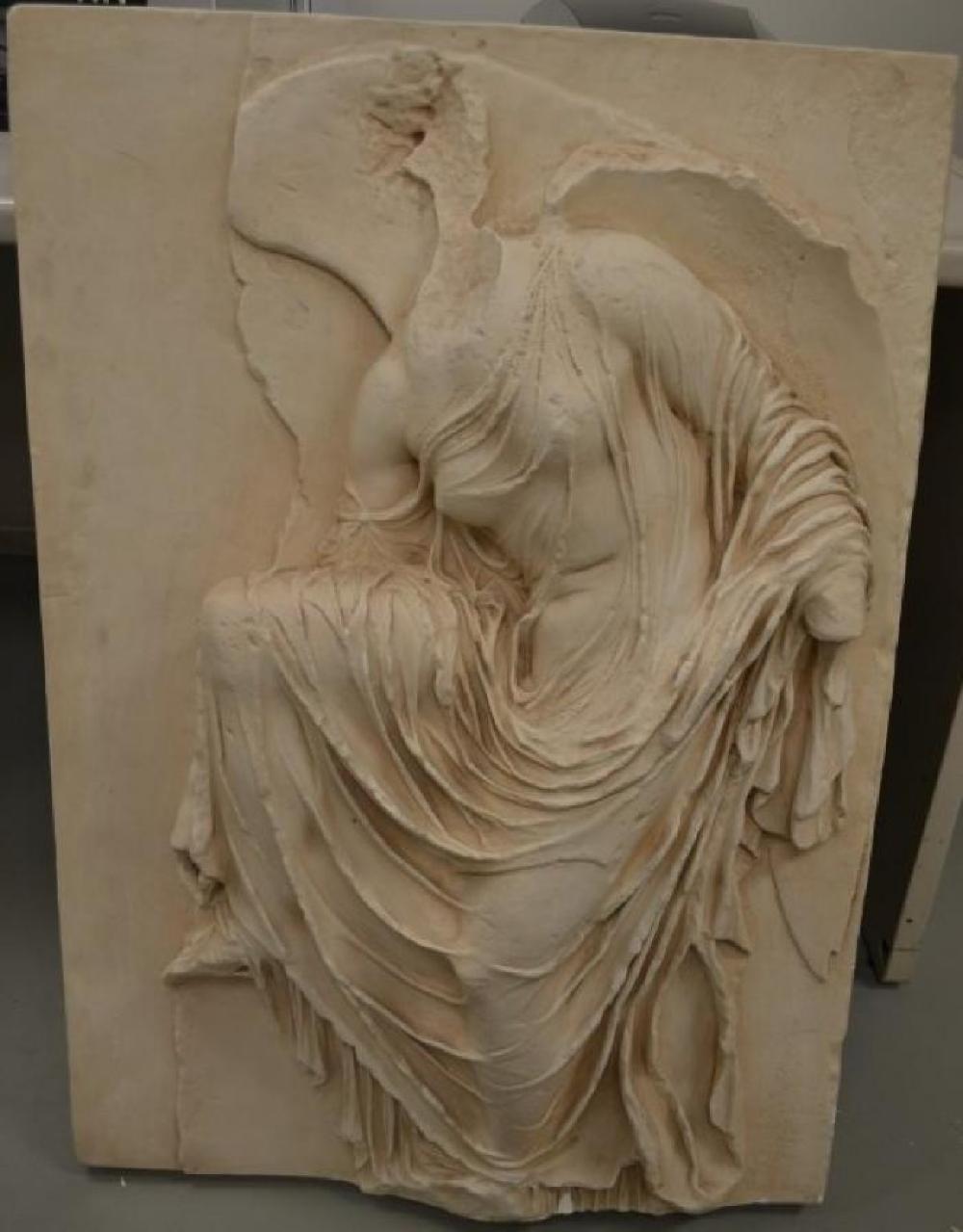 The cast is a replica of the sandalbinder statue in the Temple of Athena Nike that is from the Acropolis. In the cast the woman is fixing her sandal and this type of pose is know as the "sandalbinder." It is a light beige and pink color. Athena is drapped in a cloth that has extra fabric around the bottom, middle and sleaves but the rest is form fitting. It is not a full body as the head and other parts have broken off of the real statue. She is standing on one leg and leaning down to fix her left shoe that she is lifting in the air. Behind her it looks like she has at least one wing but it is broken so it is difficult to tell. That wing goes around her shoulder and ends by her knees. There is a small piece missing on the bottom and a few small ones elsewhere, they are white. On the back under the top part there is a small gold circle coin that has greek writing on it.

Athena is the daughter of Zeus, she was born out of Zeus' head as a full grown adult in armor and it is said that she was his favorite daughter. Athena was worshiped as the goddess of victory in war and wisdom and is linked to the name Nike because in Greek it means victory. She is also the goddess of many other things such as crafts, courage, etc. Athena didn't like to fight in battles that had no purpose and would rather settle things with wisdom, but when she did lead battles she used more discipline and strategies. She always defended the state and the native land from others. She also often helped many heros, such as Hercules. The city of Athens was named after her and became hers after her and her uncle Poseidon said that whoever gave the best gift to the city would win it. He made a spring but the water was salt water and didn't help while she gave them the olive tree which provided food, oil, and wood. The Temple of Athena Nike is where the people would do to worship to the goddess for a good outcome to the long war against the Spartans. John Marks has owned this casting for ten years and hung it in this house. It is unclear who made the cast and why.