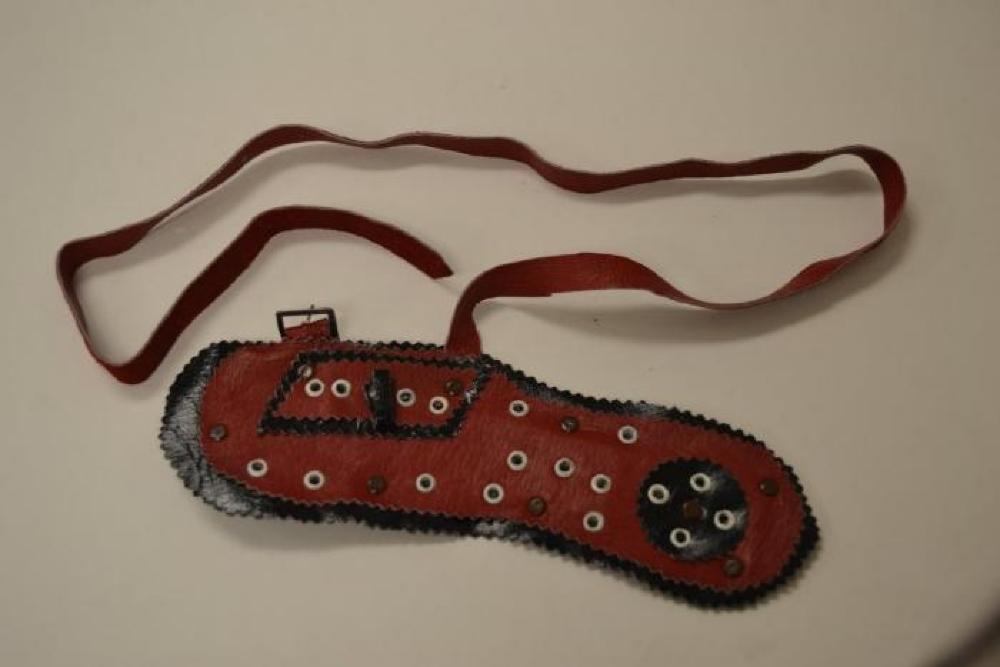 Black and red leather layering. The first layer is black leather, cut into a bean shape, with zig zag cut patterns. The second layer is placed on top of the black, and it is red, a slightly smaller bean shape, with zig zag cuts around the edge. On top of this, there are two black shapes, one circle, one trapezoid, both cut with zig zags. On top of the trapezoid is a red smaller trapezoid. On top of that is a black loop, used to hold the waist strap. There are 18 white fastenings on top og the belt, and 9 brown fastenings. On the top left corner there is a buckle for the waist strap. The waist strap is made out of red leather, it has 8 holes for the buckle distributed along the end.