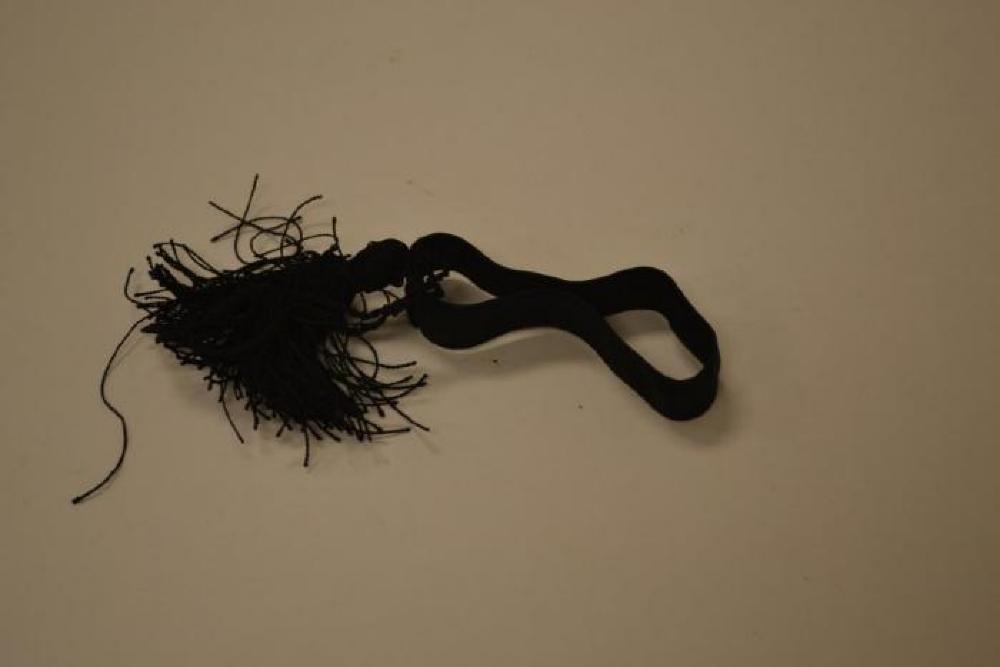 A black elastic band with a three inch long black tassel. There is a five inch long loop of braided string near the tassel.