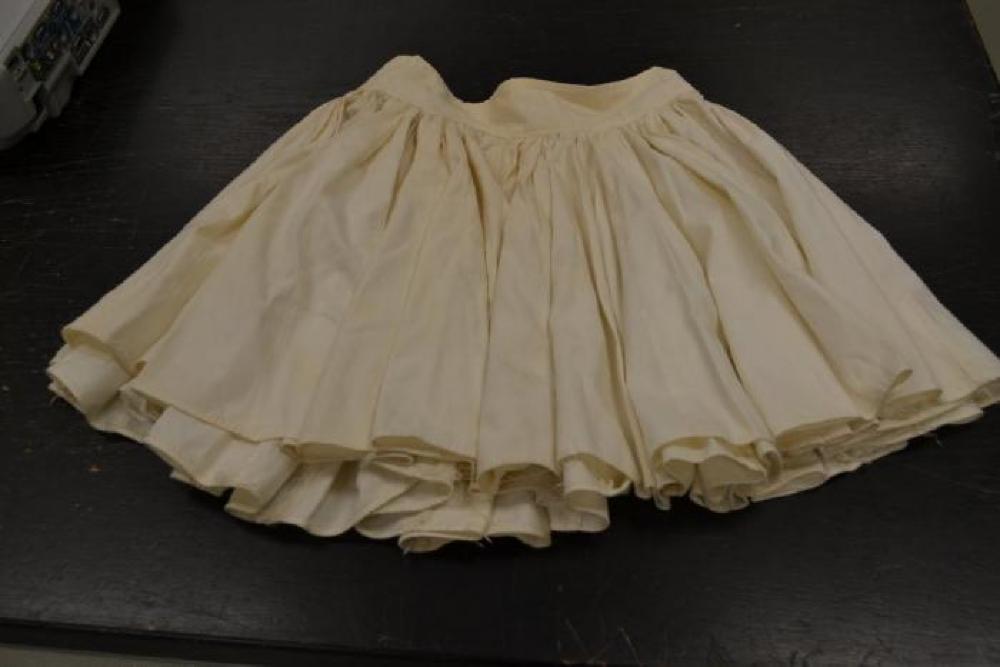 A very pleated, originally white skirt with a 2 1/2 inches banded top. Has a metal snap and three metal clasps. Also there is a peice of white string near the clasps.