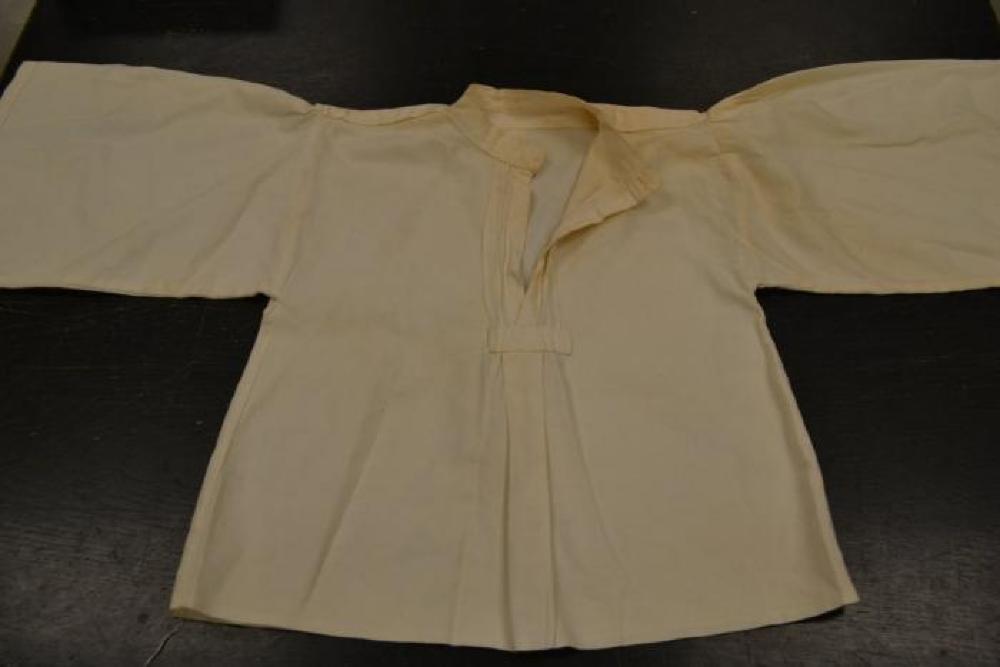 An originially white undershirt. with 3/4 length sleeves which flair out, a inch long collar, and a slit in the middle On the top of the sleeves, underneath the slit in the front, and on the back is some pleating. Along the slit in the front, there are three tiers of cotton for detailing. Directly underneath the slit is a band of cotton fabric, which adds more decoration. There are two missing buttons: on the collar and on the left side of the detailing along the slit.