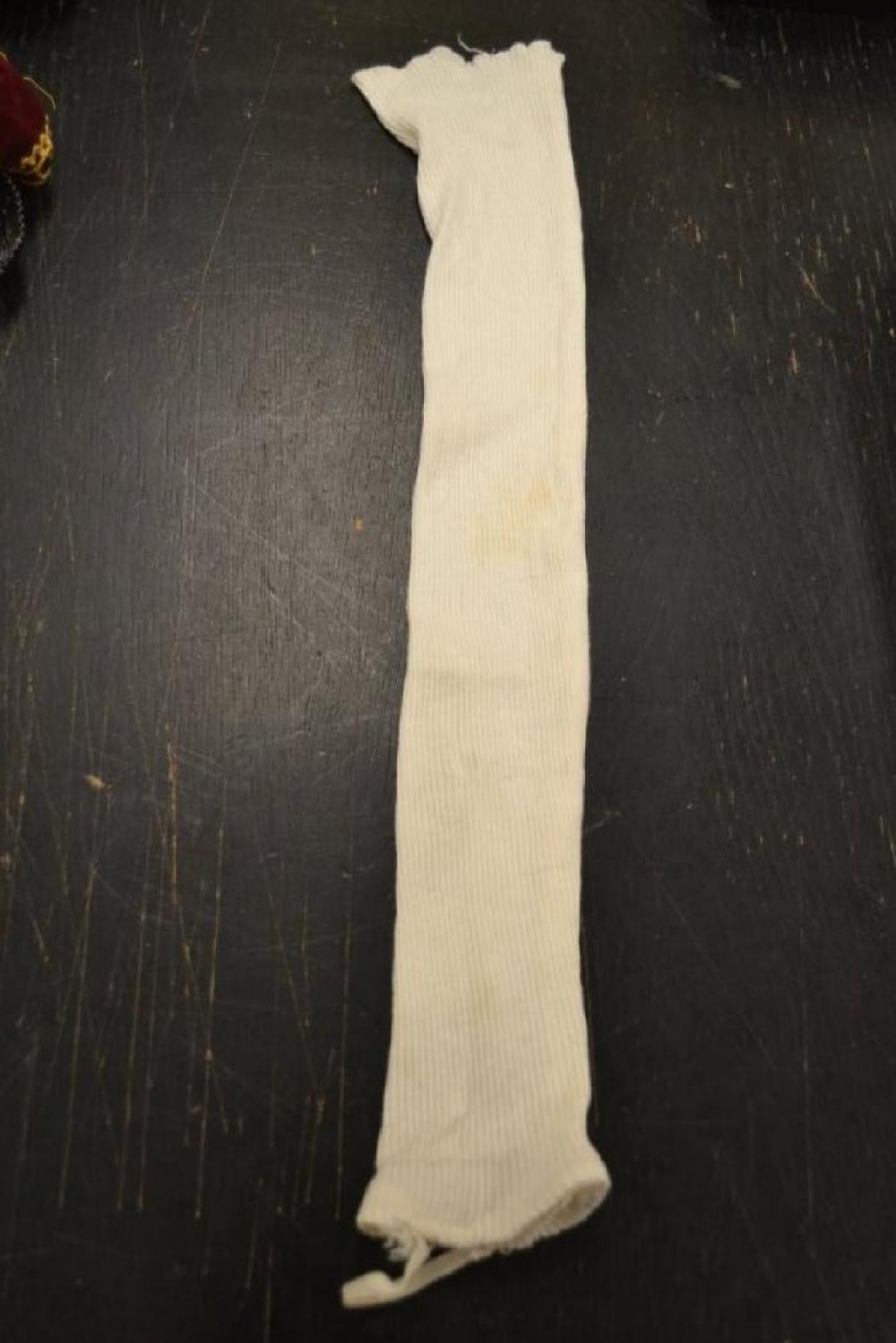 A ribbed white stocking made out of cottom with a white elastic band at the bottom. The top is slightly wider than the bottom.