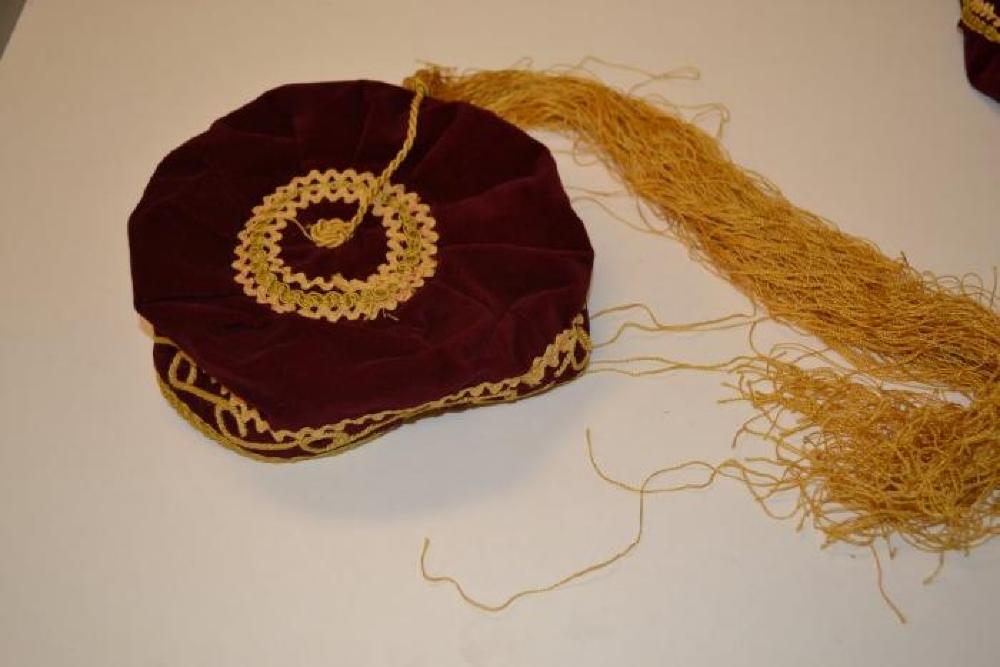 A maroon, velvet, circular hat, with a pink lining, and gold embroidery around the side and at the top. the embroidery at the top contains three circles which is around the top of the fez. The circle closest to the fez is a squiggle, as well as the circle furthest away from the top. The circle in the middle is a more bunched up squiggle. The embroidery at the bottom also has three circles. The top circle is the aforementioned squiggle, the second circle is larger, about half an inch wide, in the shape of crashign waves, the last circle, which is around the boarder of the fez is the more bunched up squiggle which can also be seen on the top. The fez has a gold braided tassel that is 24 inches long.