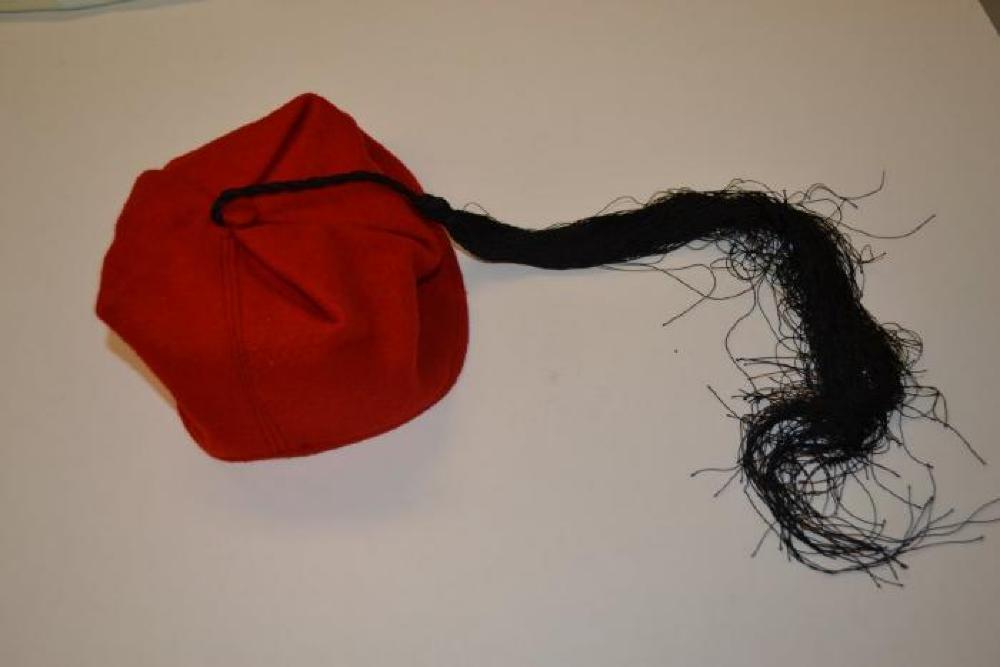 A wool circular red hat with five creases and a button on top. Has a black braided tassel made out of sewing string that is 24 inches long.