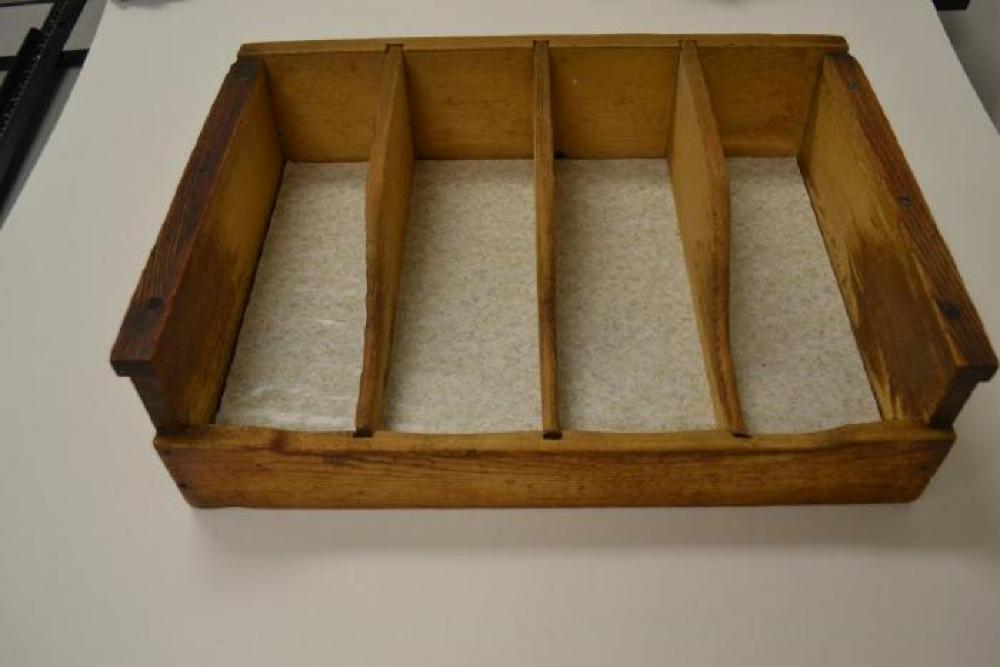 It is a silverware container made of wood with a plastic sheet on the bottom of the inside for cleaning and protective purposes, which is white, soft pink, soft green, and gray. There is four sections and in the far right section the back part has an indent from being worn down and silverware hitting it. The wood is a light color with some dark spots on the corners and in the front of the two outside pieces. The wood is mostly worn down on the inside areas and the front. The pieces of wood the create the sections can come out and there are three grooves on back and front pieces. There are three screws on the top of the two sides and two small ones on each side of the front.