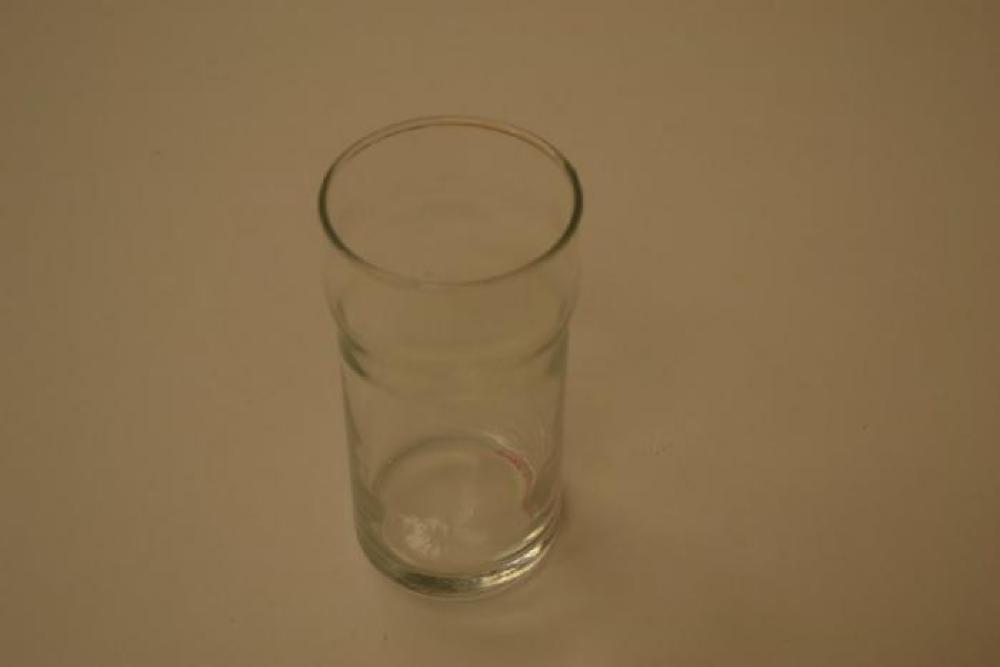 The cup is a clear glass that was used for serving water at the Ramova Grill. On the bottom of the glass "Ramova Grill" is writtin with red marker. The glass curves in and then back out a few centimeters from the top. There are some small scratches and smudges on the glass.