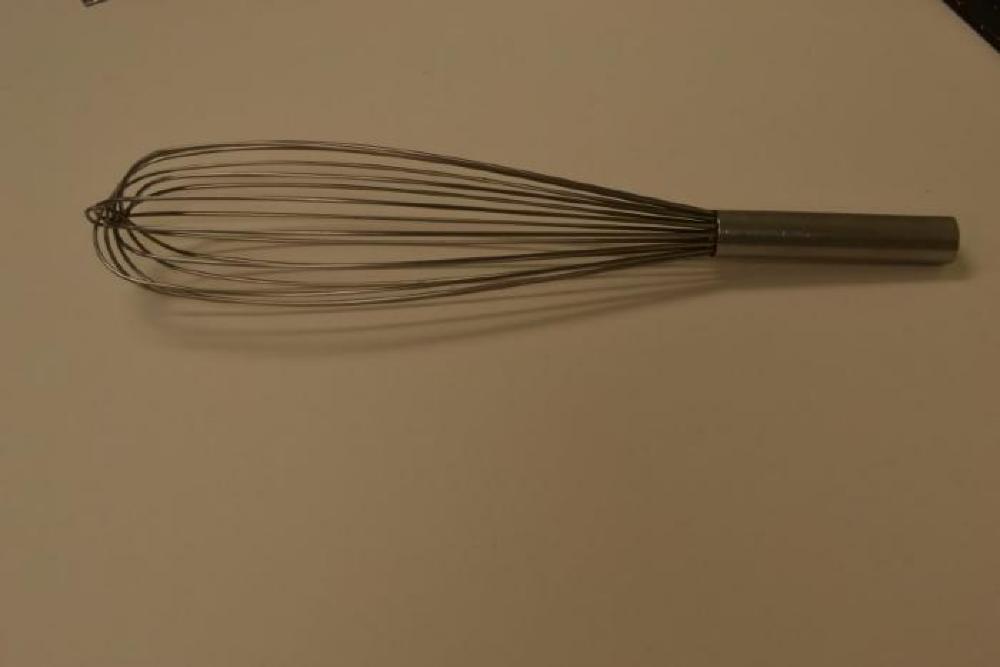 A large whisk to make the pancake batter at the Ramova Grill. It is made of metal and the handle is a little less than 5 inchs tall and on the bottom in red marker is says "Ramova," but the print is fading. There is rust and some discoloration on the bottom of the handle. On the top of the handle in the whisk there is some batter residue and the bars are a little discolored. There is one bar that goes up from one side, at the top it curves to make a circle, and then down to the opposite side. In that top circle the rest of the bars go through from one side to the other.