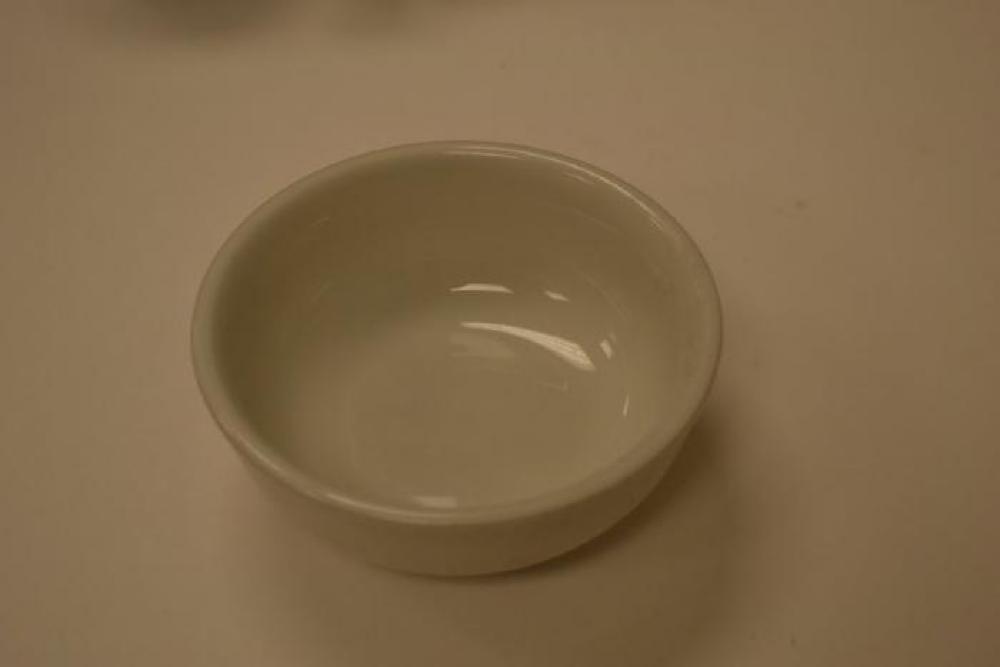 A cream colored ceramic bowl. The writing on the bottom from the makers of the bowl says "Made in China," and in a circle around that there is writing in a red marker that says "Ramova Grill 'Chili bowl' For Their Most Noted Speciality." There are blue and grey marks on one side of the bowl along the outside and a little inside the bowl. There is a small lip on the bowl. The bowl was used for the famous chili from the Ramova Grill.