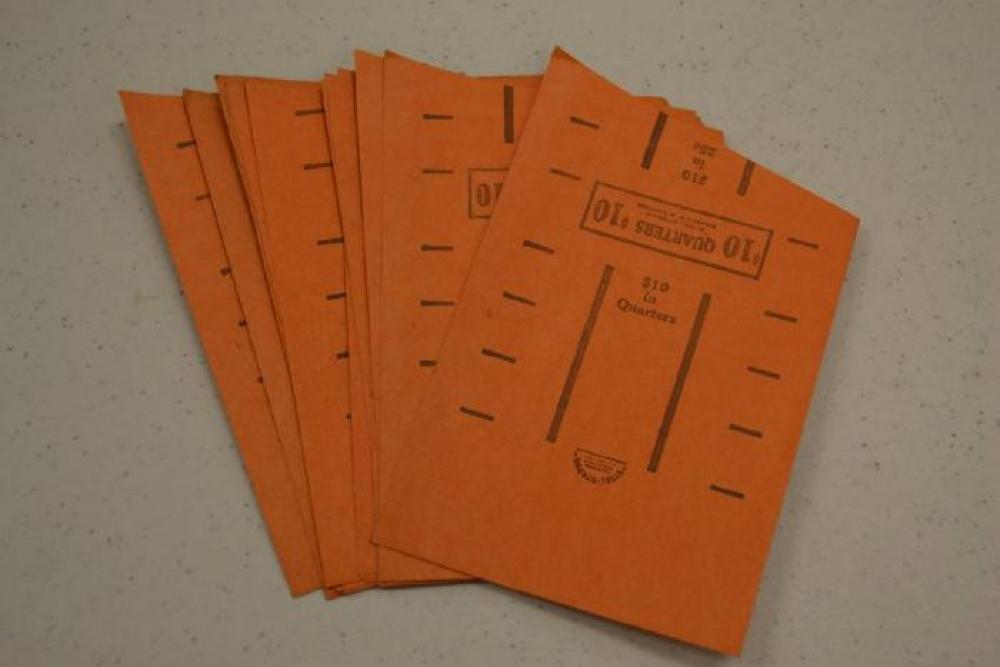 This is a stack of 19, unassembled, orange coin wrappers from Alex's candy store. Each wrapper is meant for $10.00 worth of quarters.