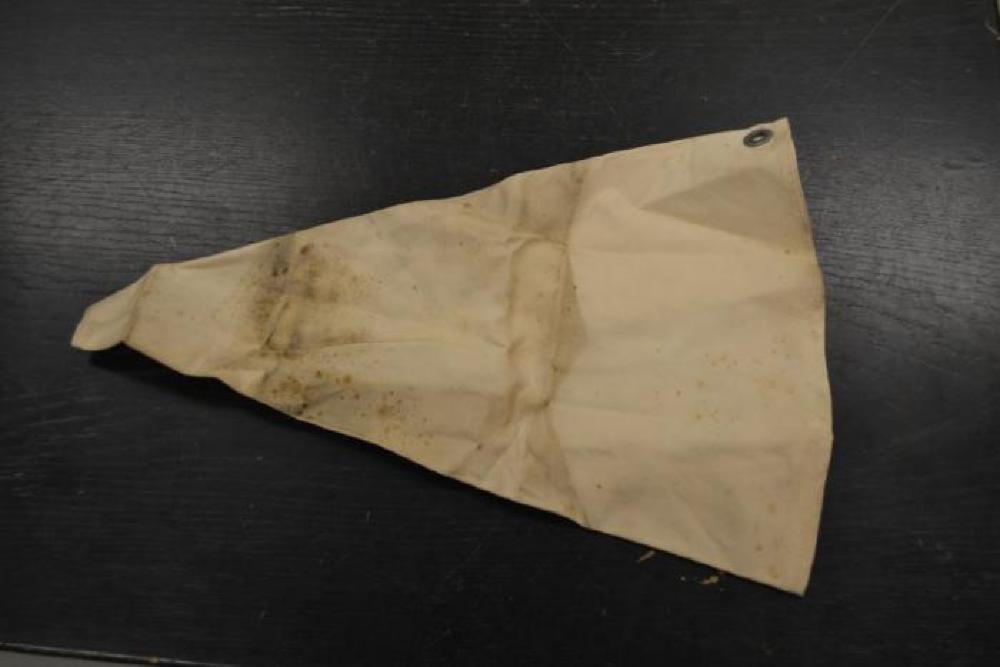 This is a medium sized pastry bag. Is is "V" shaped with a metal grommet in the top left and openings at both ends. The bag is an off-white canvas cloth material.There is a seam along the side with the metal circle in it, as well as seams at the top and bottom.