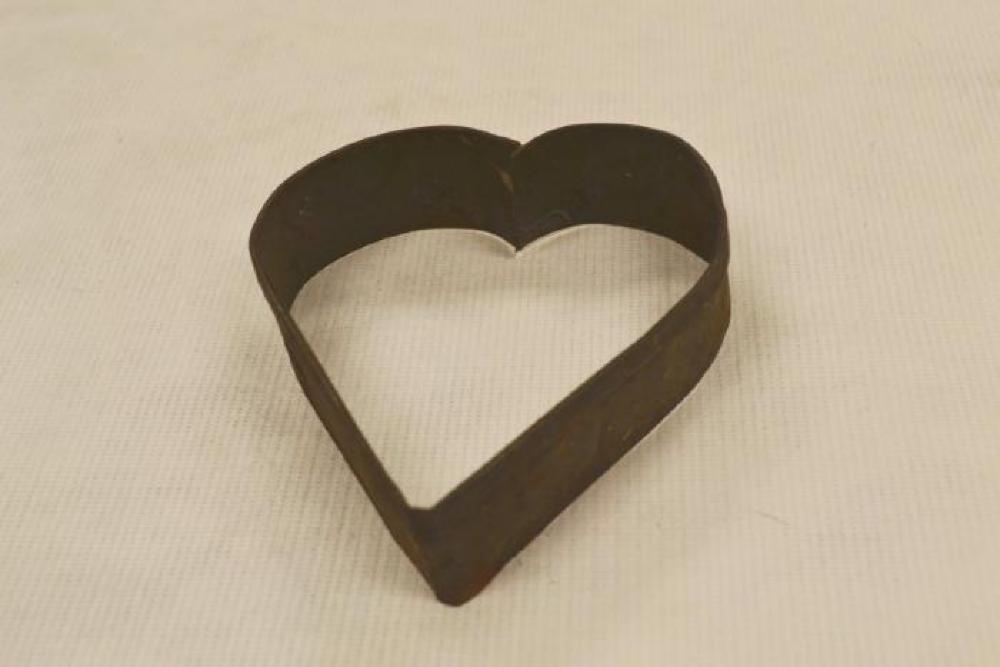 A metal mold used for making heart-shaped candies. This was probably often used for chocolates. There is a lip along the top of the mold, and the right side comes down slightly at the top where it was welded together.