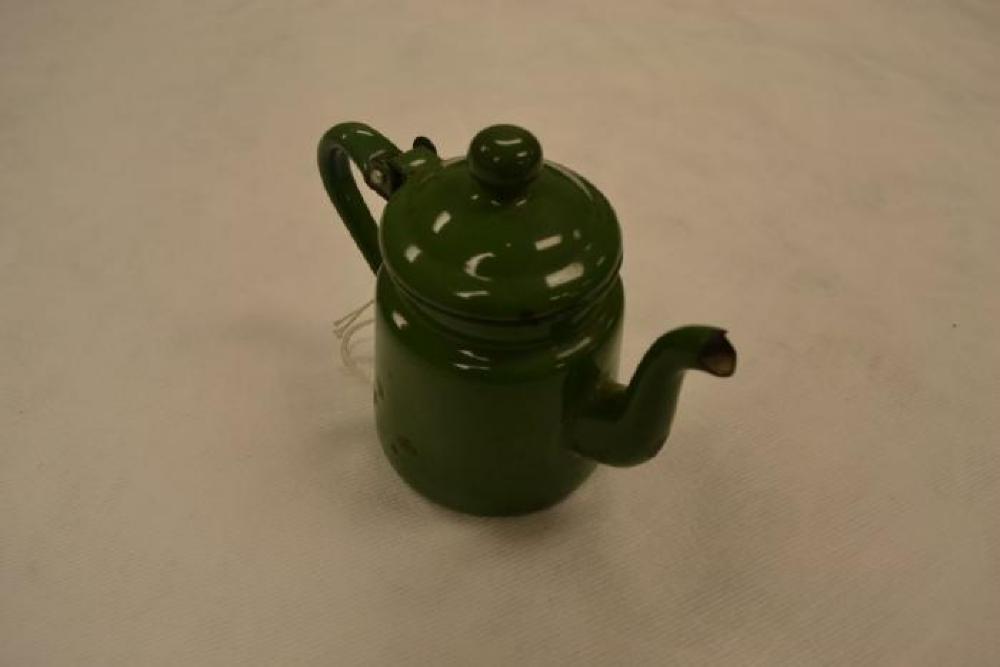 A small, short, green hot water pot. It seems to be made of metal and coated with a ceramic finish. The lid can be lifted and there is a handle and a long spout.