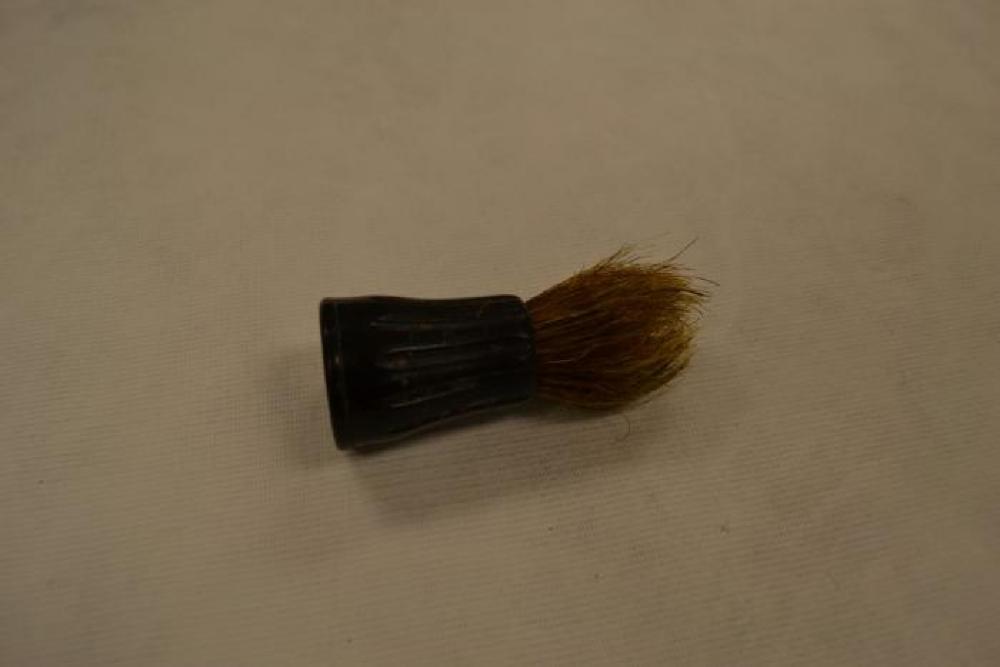 A small, short shaving cream brush. The hair bristles may be synthetic, it is difficult to say. The back of the handle faintly reads "Made in USA" and "Sterilized"). The handle is black with vertical lines up the brush. The bristles are yellow, orange, and brown.