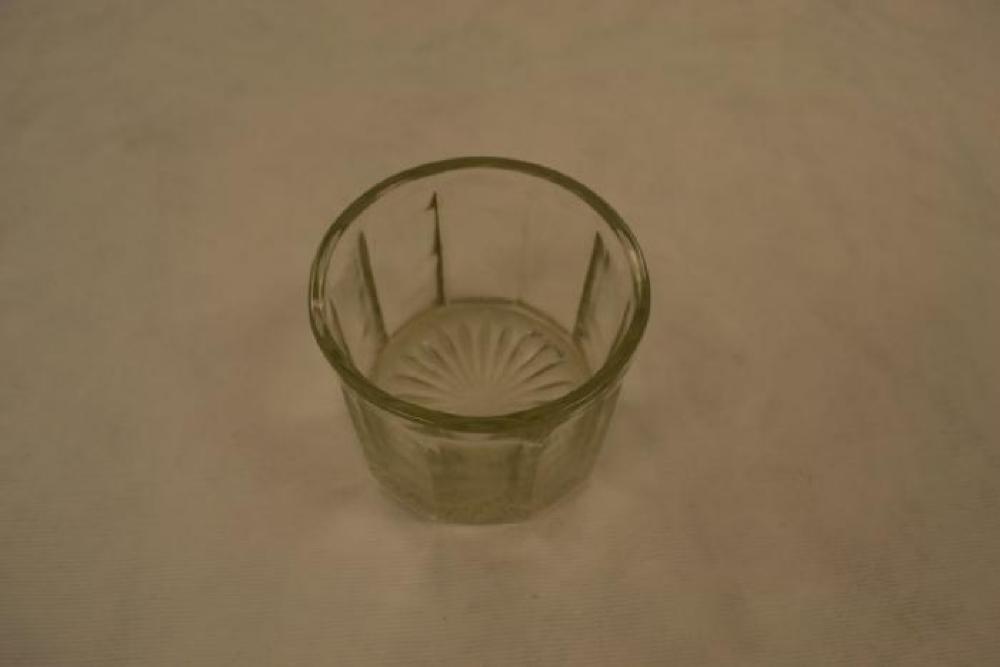 A plain, clear glass bowl. The bowl's sides are polygonal with vertical striations and the bottom has striations originating in the center and working outwards towards the edges. The striations on the sides are rounded at the top.