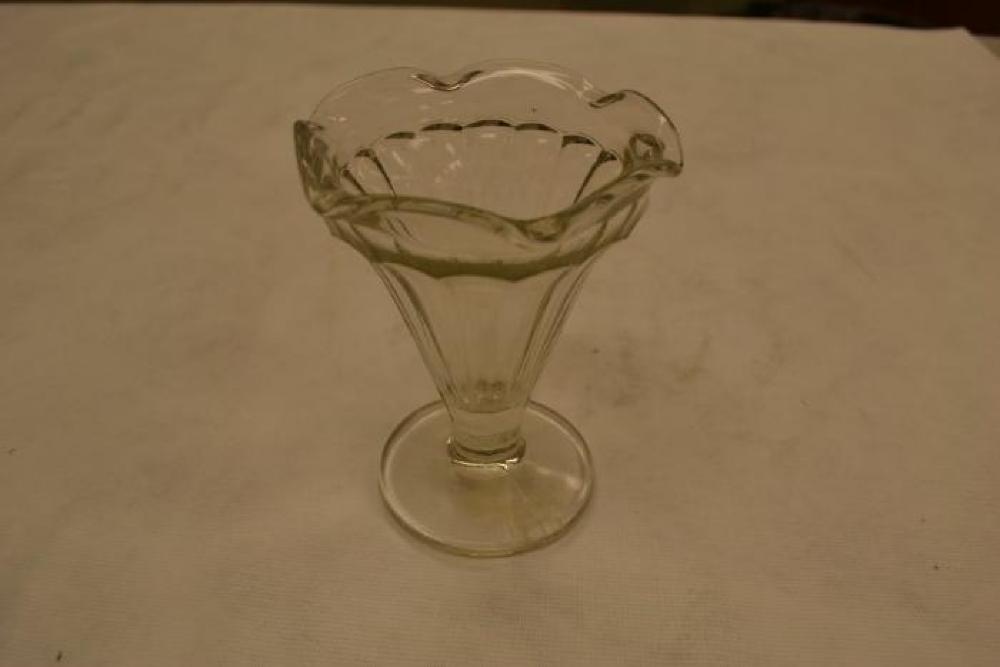 A tall and fairly ornate glass ice cream dish. A wide base thins and then opens up to a tall, striated body and the glass rim of the dish has a slight frill.