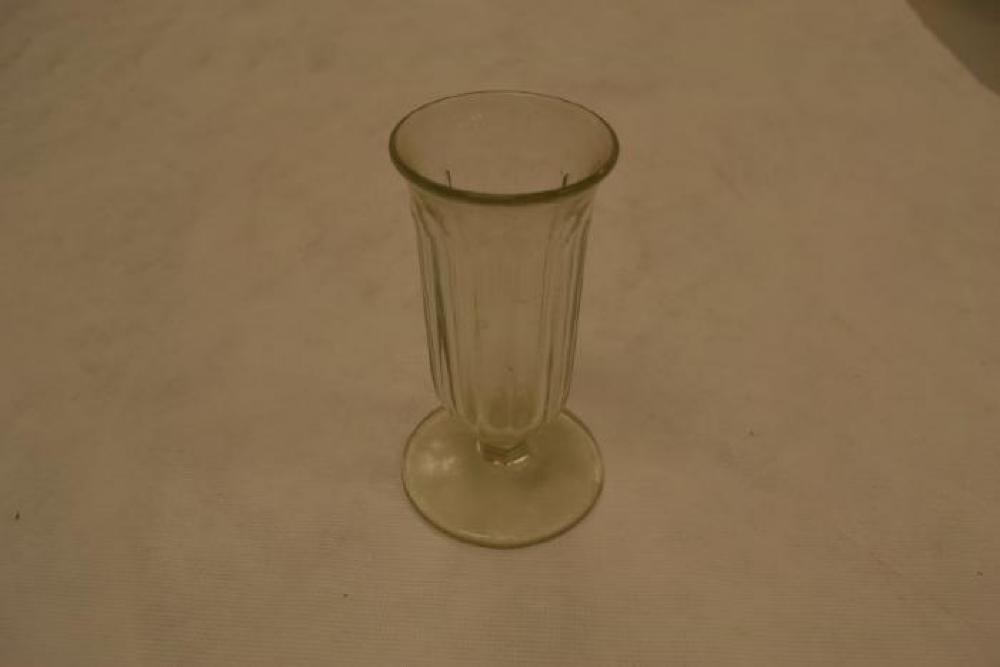 A small ice cream cup. The top portion is tall and narrow with fluting all along the exterior. The bottom opens out to a broad circular tray upon which the entire object rests.